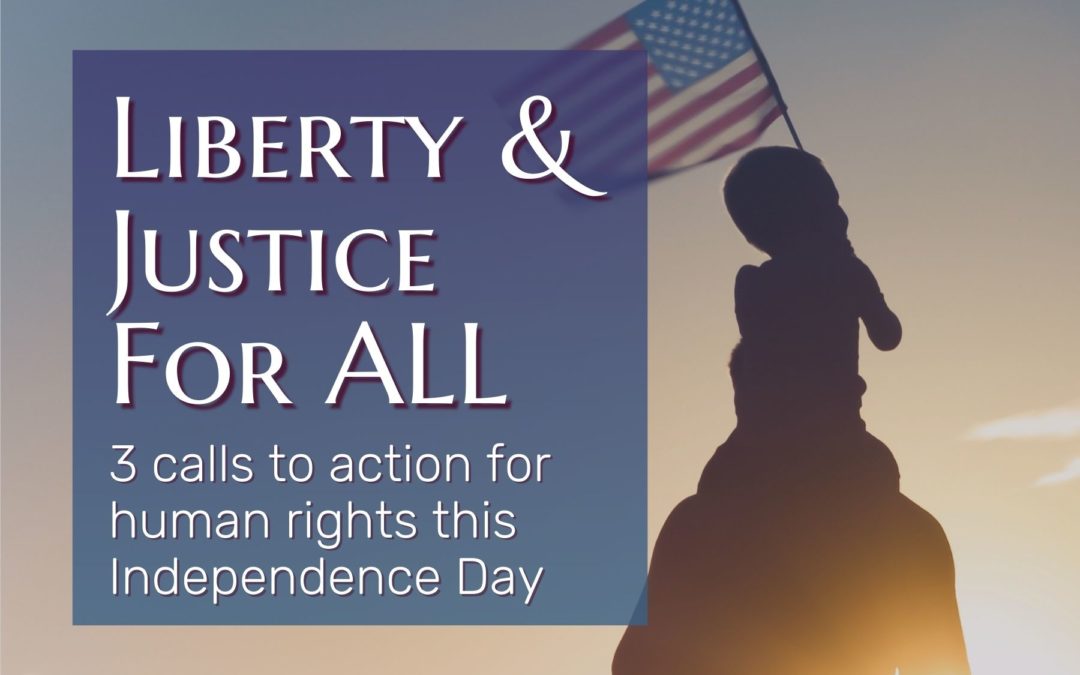 Last Independence Day, I co-authored an opinion in The Columbus Dispatch with Tarunjit Singh Butalia of Religions for Peace USA and Rev. Jack Sullivan Jr. of the Ohio Council of Churches calling on Ohio Sen. Rob Portman — a fellow person of faith — to support S.J. Res. 1. S.J. Res. 1 is the bill before the Senate that would eliminate the arbitrary deadline preventing the duly ratified Equal Rights Amendment from being recognized as the 28th Amendment to the Constitution.

Read: In the name of liberty for all, basic human rights for women must be protected

When we co-authored this opinion, enshrining equal rights in our nation’s founding document was already urgent. The ERA would provide the Constitutional foundation to address violence against women, pregnancy and pay discrimination, the astoundingly high maternal mortality rate, and more.

Now, with six Supreme Court justices relying on an “originalist” view of the 14th Amendment, referring to 1868 when women had no right to equal protection or even to vote, our collective work to secure women’s equal citizenship is more crucial than ever.

Literally everything is at stake for U.S. women and LGBTQ+ individuals.

So, what can you do?

Fill out this form on Justice Revival’s website to write directly to your Senator and urge them to support the Equal Rights Amendment.

Urge Senator Schumer to bring S.J. Res 1 to a vote

Sign on to a public letter to New York Senator Schumer urging him to bring S.J. Res. 1 to a vote. Then tweet at him to make your support even more visible. If you live in New York, reach out to him directly as a constituent.

Share the Interfaith Statement of Support for the Equal Rights Amendment with your faith leader (or sign on if you are a faith leader!)

The Interfaith Statement states: “all people are equally valuable in the sight of their Creator, and thus deserve equal regard in human laws and legal systems.” Over 570 faith leaders from over 10 traditions have already signed on – help us reach 1,000 signatures.

This Independence Day, we have a historic opportunity to advance our democracy’s highest ideals – together – as equality is threatened on many fronts.

Thank you for taking the time today to stand for the rights of all God’s children – all of whom are deserving of the liberty this country promises.