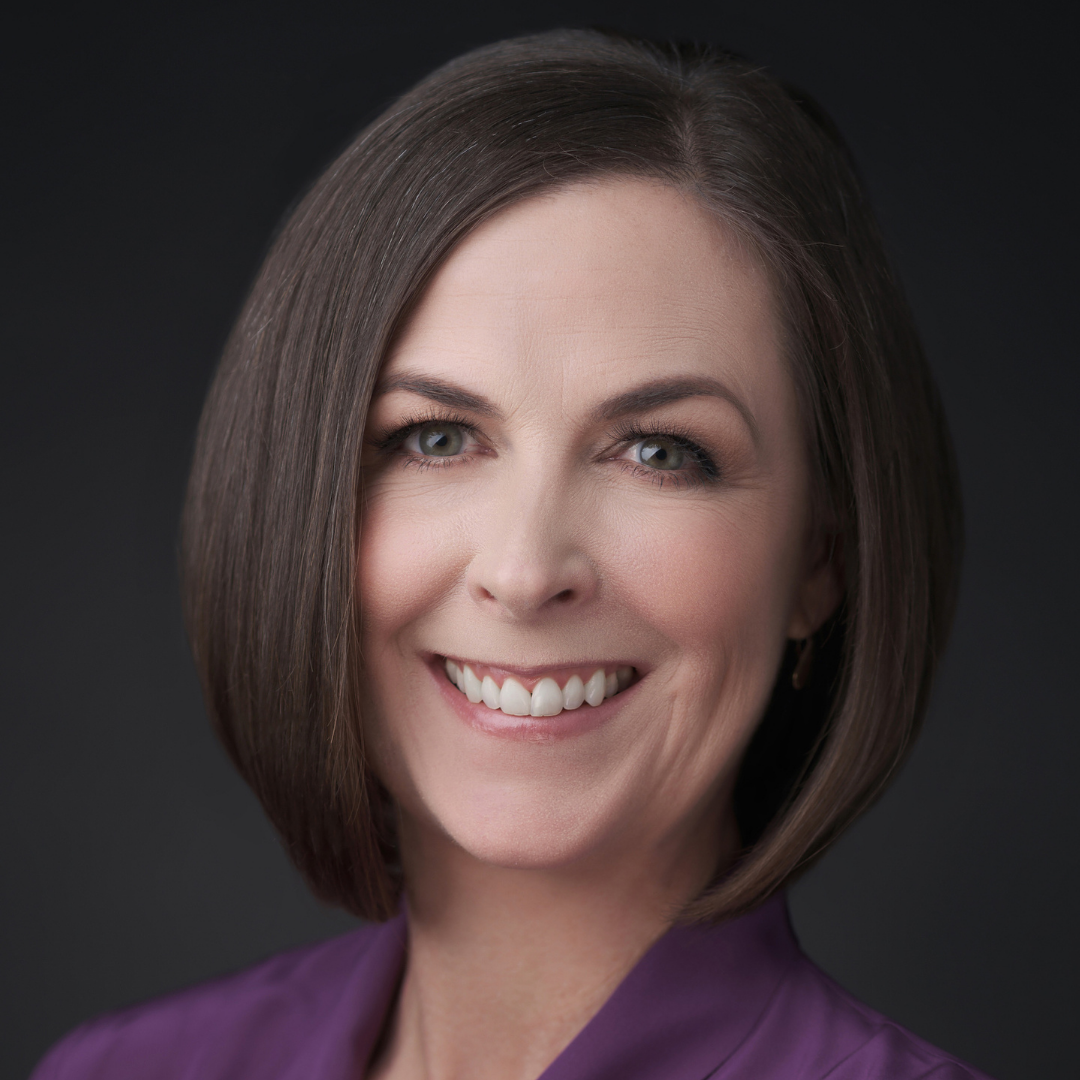 Allyson McKinney Timm is a human rights lawyer, scholar, and faith leader with two decades of experience defending the dignity and rights of those on the margins, in the United States and globally. Her work promoting justice and equality has spanned the nonprofit, private, and academic sectors. After founding Justice Revival in 2017, Allyson was named “one of ten faith leaders to watch” by the Center for American Progress the following year. Her writing has appeared in Sojourners, California Lawyer, The Independent, USA Today, Yale Divinity School’s Reflections magazine, and others.

As the Robert M. Cover-Allard K. Lowenstein Fellow in International Human Rights at Yale Law School, Allyson taught and supervised students in the Lowenstein International Human Rights Clinic, investigating and analyzing issues such as early and forced marriage, human trafficking, religious liberty, and human rights to education and housing. While at Yale, she co-taught an undergraduate course in human rights and served as a guest speaker and consultant on issues at the intersection of human rights and religion. During her time in New Haven, she earned a Master of Divinity degree at Yale Divinity School, where she co-led the Women’s Center and organized a symposium on campus sexual assault. 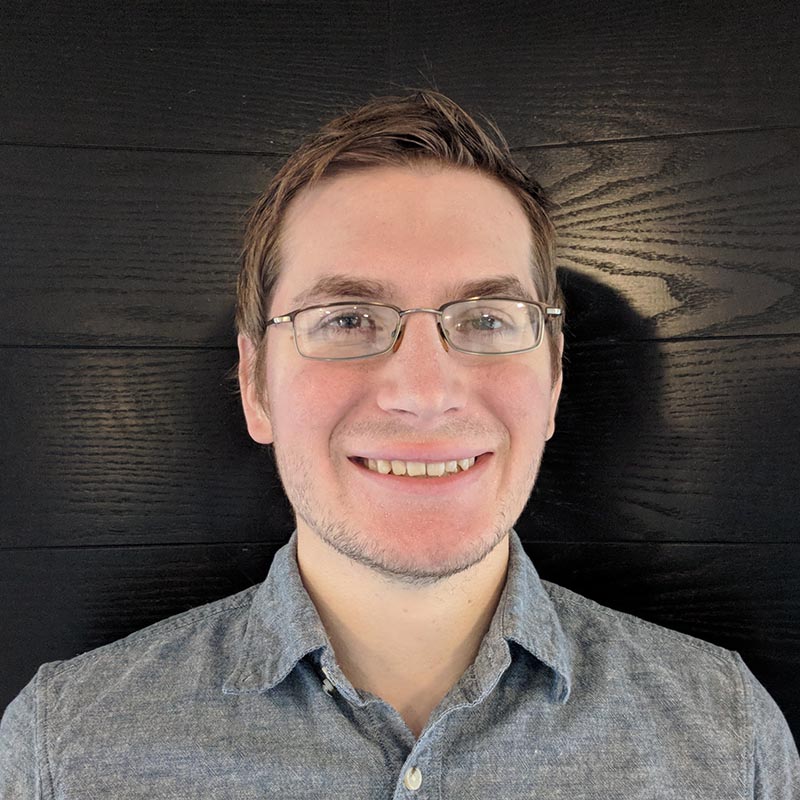 Charlie is a Program Officer for Justice Revival’s Christian Human Rights Education (CHRE) Program, researching a range of international human rights topics and collaborating on the design of live virtual events featuring consequential domestic human rights issues. Previously, Charlie was a Legal Fellow at the Good Food Institute and a Legal Intern at the National Immigrant Women’s Advocacy Project. He also conducted research on climate change adaptation strategies at the Georgetown Climate Center. Charlie holds a J.D. from the Georgetown University Law Center and a B.A. in Philosophy from Ashland University. 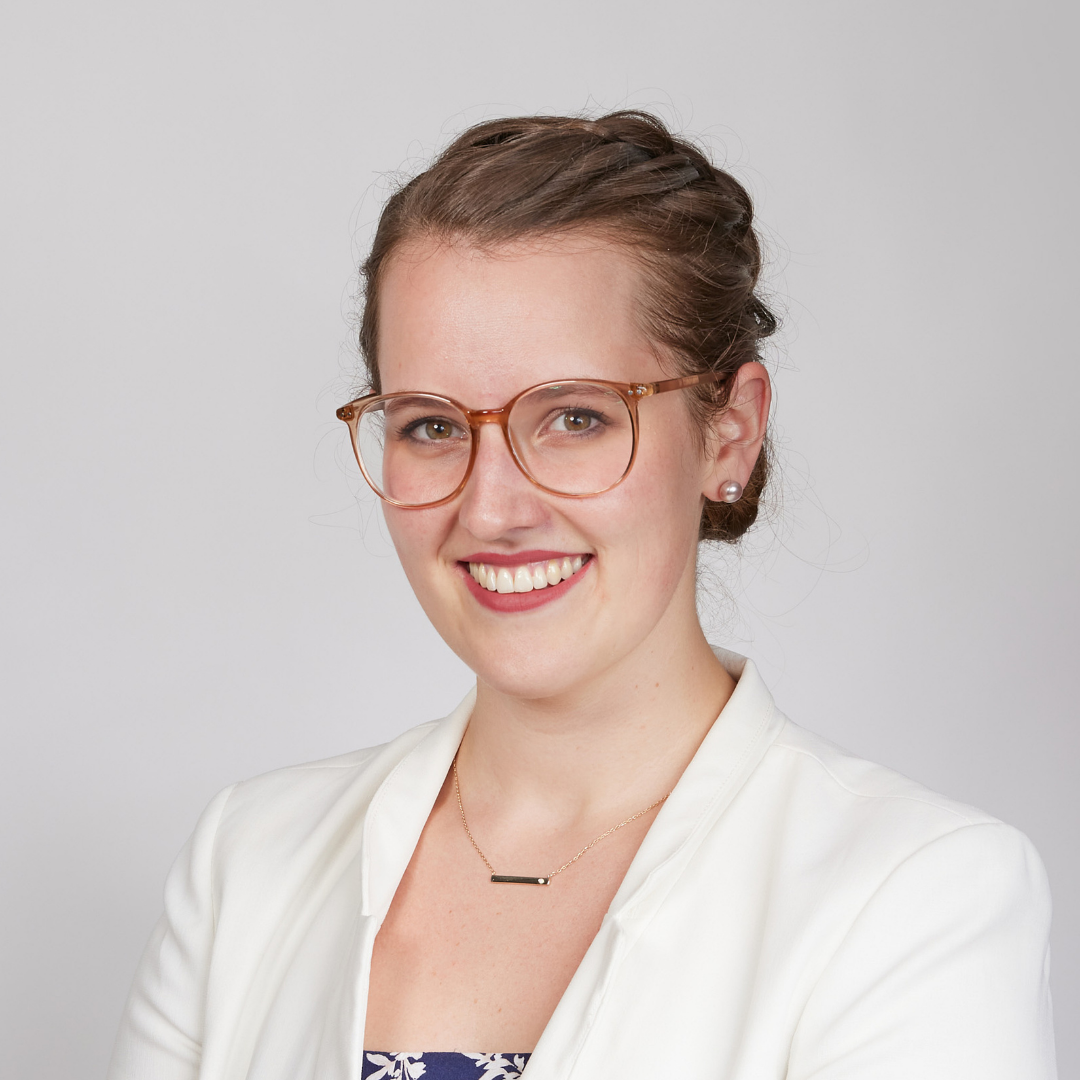 Mary Grace is a digital and traditional communications expert with 5 years of experience professionally managing the communications strategy of faith-inspired nonprofits. She holds a B.A. in Political Science with a minor in Religious Studies from Stonehill College. Mary Grace has completed fellowships with both the Ministerio de Educación Nacional de Colombia and the Andi Leadership Institute for Young Women in Peacebuilding. She has designed and taught peace-centric curricula to hundreds of adolescent students in both Colombia and South Korea. As an educator, she developed innovative and interactive curriculum analyzing some of the world’s most pressing topics including human rights, immigration, and the global impact of systematic racism.

Our Board of Directors 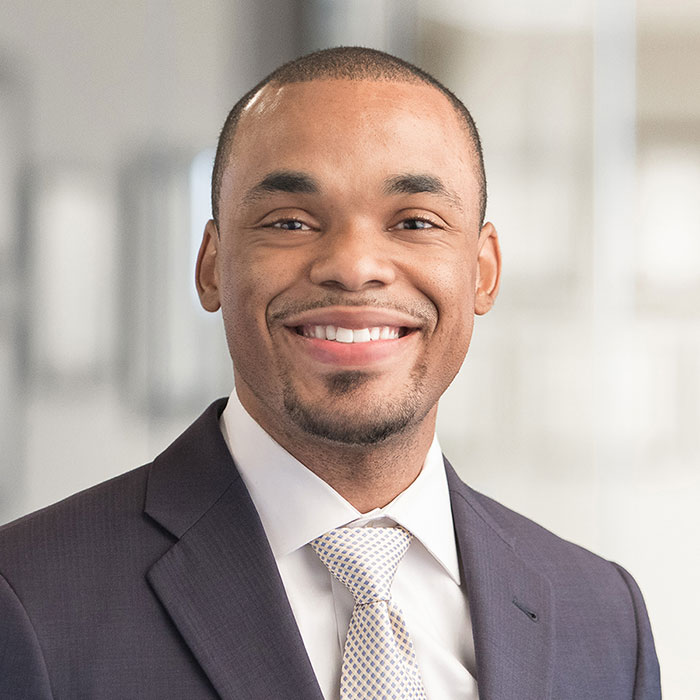 Derick D. Dailey is an associate in the Litigation Practice Group of Davis & Gilbert. His practice includes litigating employment disputes, breach of contract and tort claims, and intellectual property issues. He also advises clients on compliance with federal, state, and local law, and assists with internal and regulatory investigations. Derick has experience litigating in federal and state courts, including proceedings at both the trial and appellate court levels. In addition, he advises clients on navigating pre-litigation resolution of complex commercial disputes.

Prior to joining Davis & Gilbert, Derick served as an Assistant United States Attorney in the District of Delaware. In this role, he worked on general defensive matters, led civil rights investigations, and was responsible for bankruptcy and restructuring matters. He also served as the Chief of the Financial Litigation Unit. Before becoming a federal prosecutor, Derick was an associate at Dowd Bennett, LLP, where he worked on issues relating to healthcare law, corporate compliance, and antitrust litigation. 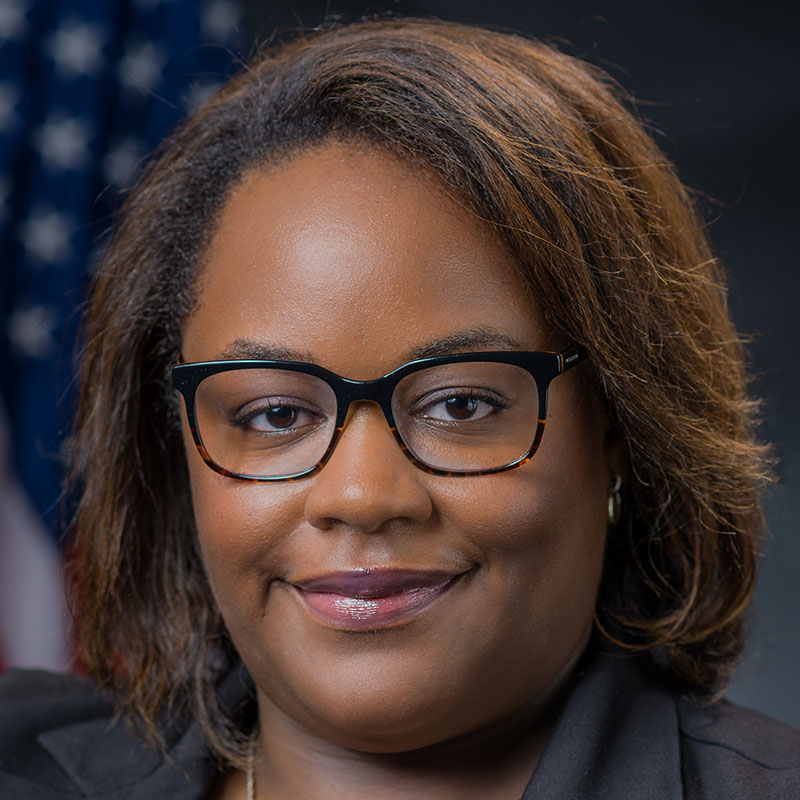 Teisha Garrett hails from Powhatan, Virginia, and is a graduate of James Madison University where she earned a degree in English and Political Communications. After college, Teisha moved to Washington, D.C. to make the world a better place and focused on fundraising from major and grassroots donors.

Teisha has spent most of her career mobilizing and engaging people to support political candidates, advocacy organizations, issues, and nonprofits. As a fundraiser, she has raised over $100 million from email, direct mail, phones, events, and campaigns. She is consistently called on to serve as an advisor on project implementation, strategy, recruiting, and messaging.

Teisha also serves on the boards of the Alexandria Commission for Women and Virginia’s List, chairs the board of the Vola Lawson Breast Cancer Fund, and is an active member of Alfred Street Baptist Church. In her spare time, she can be found wandering around Alexandria, cheering on a Washington sports team, voraciously consuming books, or baking cupcakes. 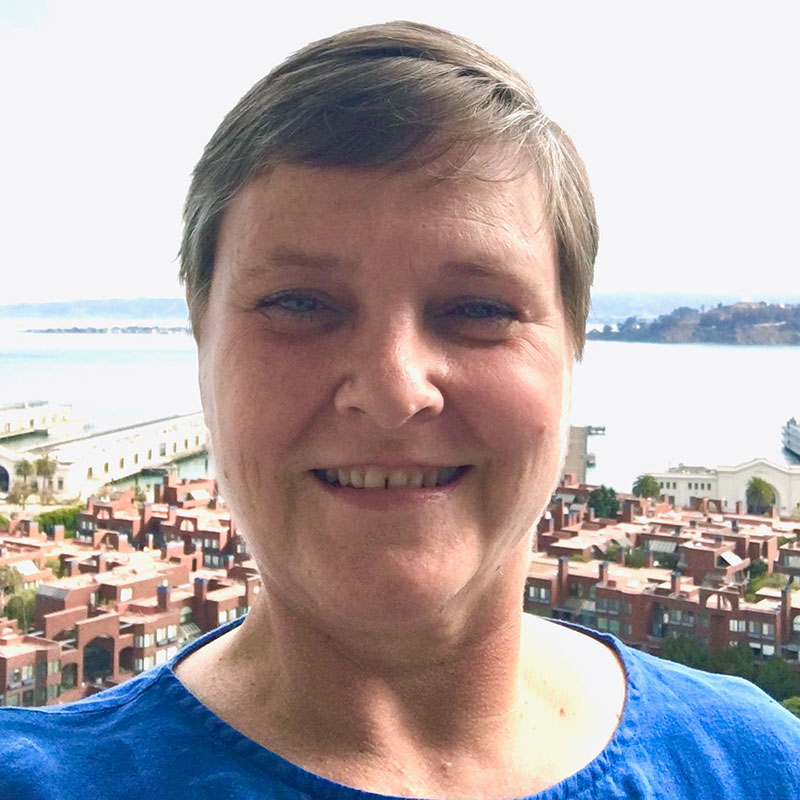 Jennifer Gee is a professional coach who believes everyone has the ability and capacity to create lives and careers that are meaningful and intentional. Prior to coaching, Jen spent over 25 years in the corporate and employee communications field with both small and large companies and she continues to do communications consulting.

Jen is an elder in the Presbyterian Church (USA), serves on her church personnel team, and recently chaired the 18-month search for a new pastor and head of staff. She volunteers regularly with community nonprofits that serve disadvantaged youth and is part of the San Francisco Black-Jewish & Allies Unity Group working to bring systemic change to address racial and economic inequalities.

Originally from Flagstaff, Arizona and currently residing in San Francisco, California, Jen sees herself as a global citizen, having lived in six countries and traveled widely. She believes the world would be better off if everyone understood that despite our different languages and cultures, we have much in common as human beings and beloved children of God. 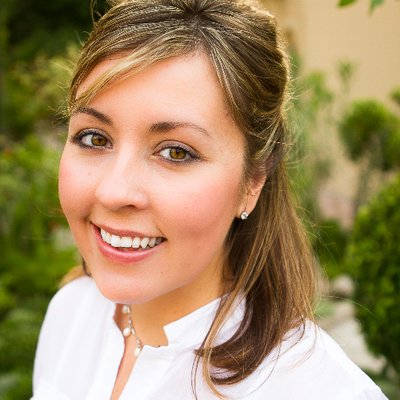 Erin Grayson is an ordained Minister of Word and Sacrament in the Presbyterian Church (USA). She has served PCUSA and United Church of Christ congregations in Connecticut and Washington state. Erin’s ministry includes preaching, teaching, facilitating small groups, and organizing retreats. Pastorally, Erin is committed to building up and inspiring communities of faith to live according to Jesus’ great commandment: to love God with all your heart, soul, and mind, and to love your neighbor as yourself.

Erin also serves as president of her local Interfaith Council and as an executive board member of the Bainbridge Island Japanese American Exclusion Memorial Association. Before divinity school, she interned in the press room in the U.S. State Department, worked for Human Rights Watch, and conducted research on the Rwandan genocide at the Carter Center, where she also served the conflict resolution team.

Erin and her husband Tony have three great kids, Aiden, Corinne, and Caleb. You can follow Erin’s musings and creative writing at erinkgrayson.com, where she reflects on the art of faithful living. 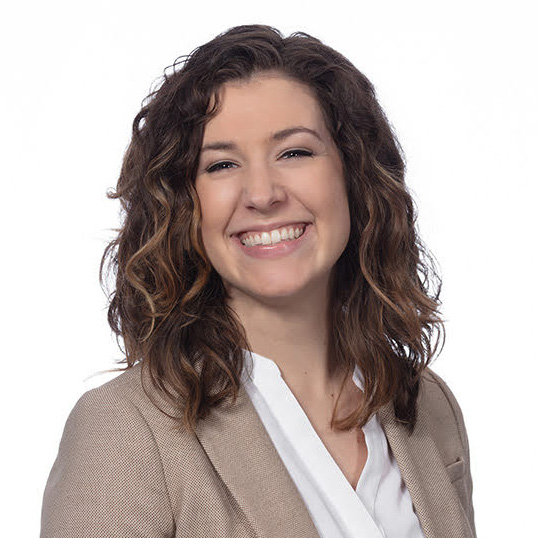 Kaylee is a communications volunteer for Justice Revival, working on various marketing, graphic design, and communication strategy projects. She holds a bachelor’s degree from Union University where she studied Public Relations and Political Science. Kaylee has previously worked in corporate marketing and church communications.

Why are you passionate about human rights?
As a Christian, I believe it’s vital to recognize the inherent value and dignity in every human. As a person who grew up in very privileged circumstances, I never want to take for granted what I have. I hope to use my gifts to work for justice and equity. 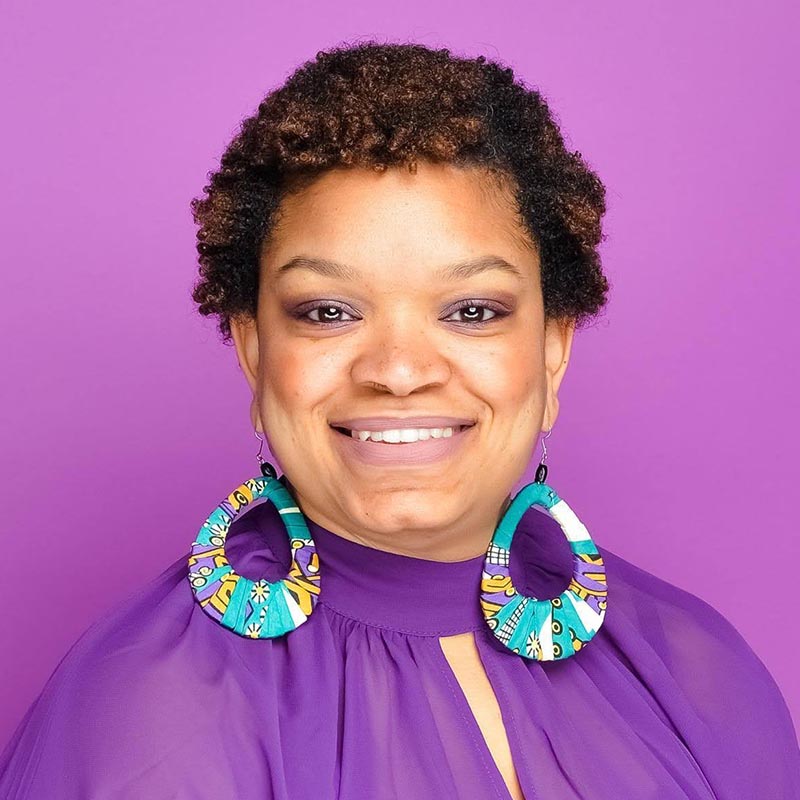 Kimberley Gordy, Justice Revival’s first graduate ministry intern, is pursuing her Master of Divinity at Union Theological Seminary. She arrived there after eight years in higher education admissions and counseling. Her ministry interests include “chaplaincy and somatic psychology as vehicles to support healing from grief and trauma, particularly for members of oppressed communities.” Kimberley has done extensive work on Justice Revival’s equal rights initiative.

Why are you passionate about human rights?
I realize that, as a black woman, if I were born in a different time, I would not be able to fully live out the liberties and rights I currently enjoy. I feel the truth of numerous scriptural reminders for us to treat one another in a way that mirrors the image of God, an impetus for the way I live my life. I am passionate about human rights because the preferences of others should not impede the way someone attempts to live out the life God has given them. 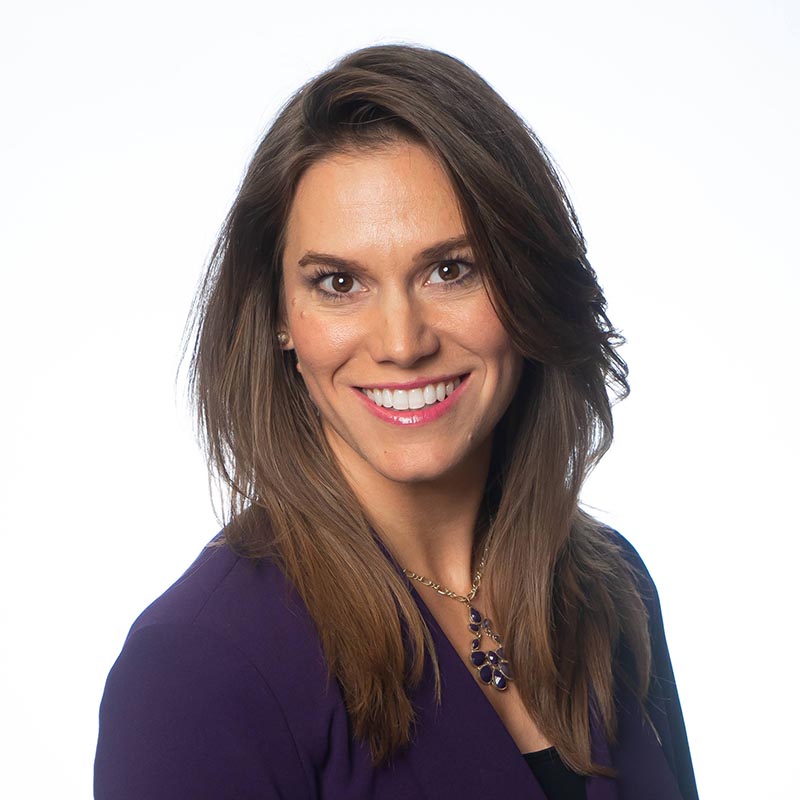 Lindsey Kirchhoff is currently in school at Pepperdine University Caruso School of Law. Prior to law school, she served as a U.S. Air Force officer for eight years and earned a master’s degree in philosophy at Boston College. Justice Revival’s mission and vision align with Lindsey’s desire to explore how restorative justice and peacemaking can bridge the divides facing our country.

Why are you passionate about human rights?
People matter! I believe people are created in the image of God with dignity and infinite worth. Human rights acknowledge that dignity in a practical way. As a Christian, I have a calling to love my neighbor, and advocating for human rights is a tangible way I can fulfill that calling. 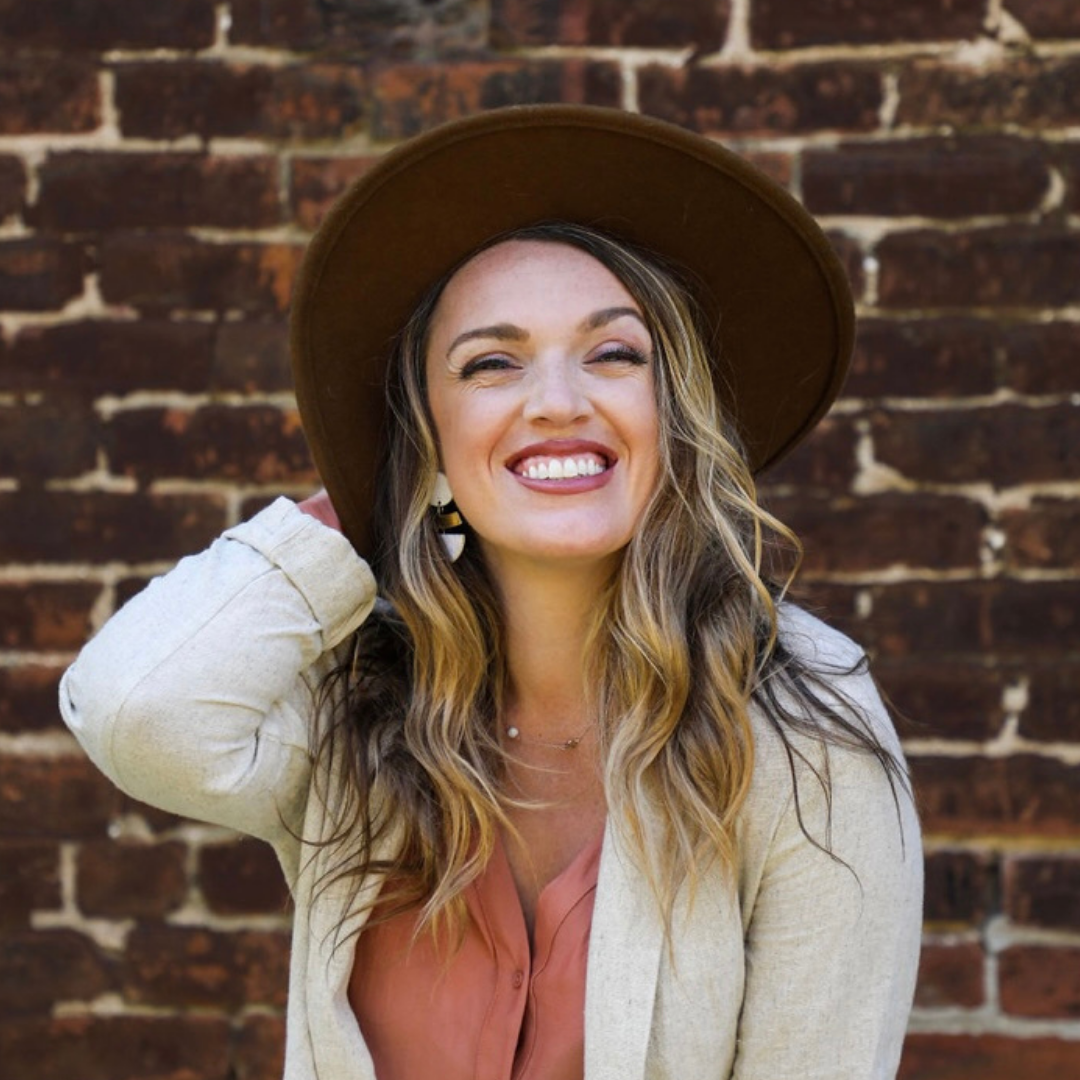 Meghan Tschanz is an author, speaker, and former missionary who is passionate about empowering women and reclaiming feminism for the Christian faith. She’s the host and founder of the Faith and Feminism podcast, and author of the recently released “Women Rising: Learning to Listen, Reclaiming Our Voice.” She and her husband Dustin, live in Northeast Georgia with their two rescue dogs. She is excited to be the Advocacy and Mobilizing Coordinator for the #Faith4ERA campaign.

Why are you passionate about human rights?
Human Beings are made in the image of God, and as such, have all of the worth and value in the world. When looking at the history of Christianity, we haven’t always been the best at honoring the Imago Dei in one another, my desire is to make it so Christianity is synonymous with human rights and human flourishing. 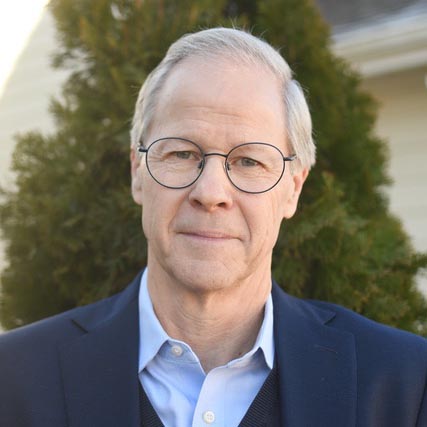 Educated at Notre Dame and Rutgers Law School, Rich Rawson is a retired corporate executive and general counsel (Lucent Technologies). He and his wife are active in service and justice ministries at the Old Presbyterian Meeting House in Alexandria, Virginia, where they reside; Rich has authored a number of blog posts on racial justice for Justice Revival.

Why are you passionate about human rights?

As I’ve gone through life I’ve recognized how incredibly fortunate my circumstances have been, from childhood through retirement. And I’ve also recognized how many people around the world are denied the chance to make the most of their life’s circumstances, whatever they are. Not just because of bad luck or misfortune, but because someone decided to deprive them of their fundamental rights as human beings. Whether that involved discrimination or depriving a person of their possessions, their freedoms, or their life, we need to confront them. Ignoring injustice is a decision to deny justice. 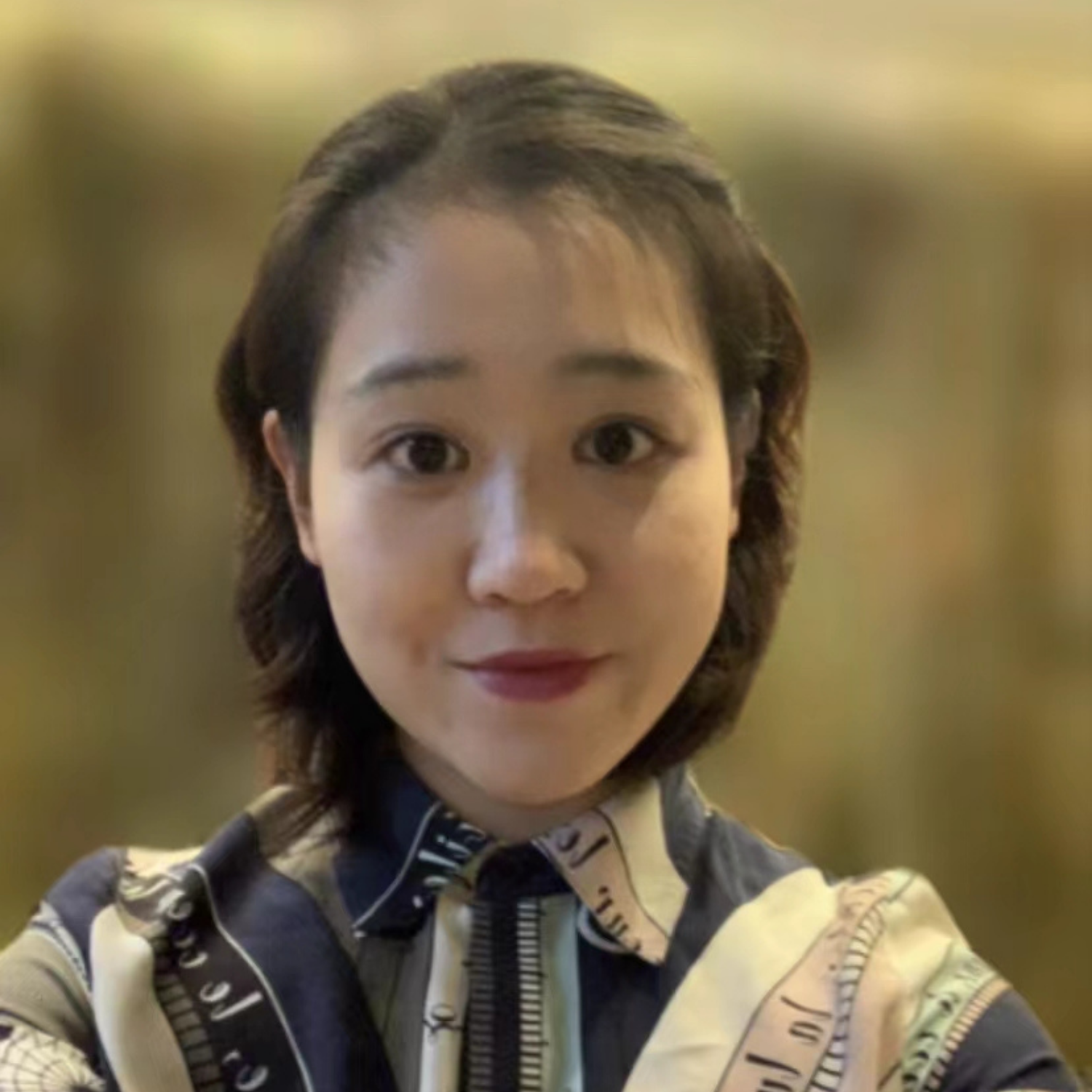 Mickey Liu, Justice Revival’s Legal Extern this Spring, is currently attending George Washington Law School. She has served as a Summer Intern at the Legal Division of the New Jersey Attorney General’s Office, conducting legal research for its Transportation, Construction & Condemnation Section. She also conducted policy research on criminal justice for the Suffolk County District Attorney’s Office.  She holds a B.A. in Philosophy and B.S. in Mathematics from Rice University.

Why are you passionate about human rights?

Growing up in China, I first heard the Gospel and encountered Jesus at Rice. Since then, I’ve been pondering how to focus my life and work on Jesus and what He calls me to do. I am thankful for Justice Revival for providing this platform where faith and legal work intersect. I believe that using the framework of international human rights to advance human rights for inherently valuable creatures made in the image of Creator is part of the Lord’s calling for me to serve His Kingdom. 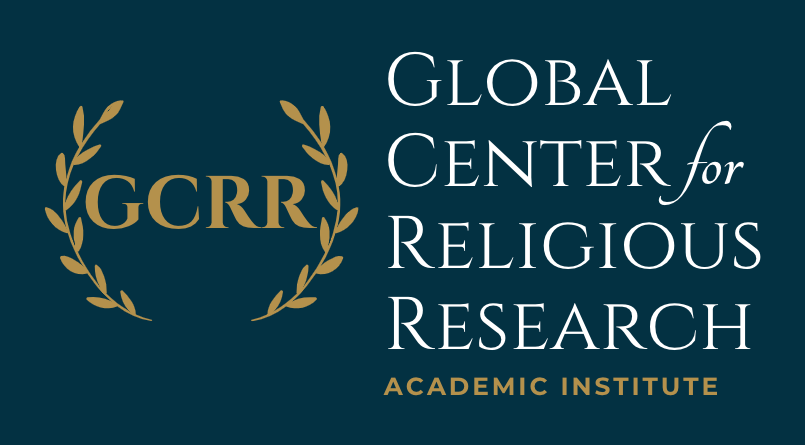 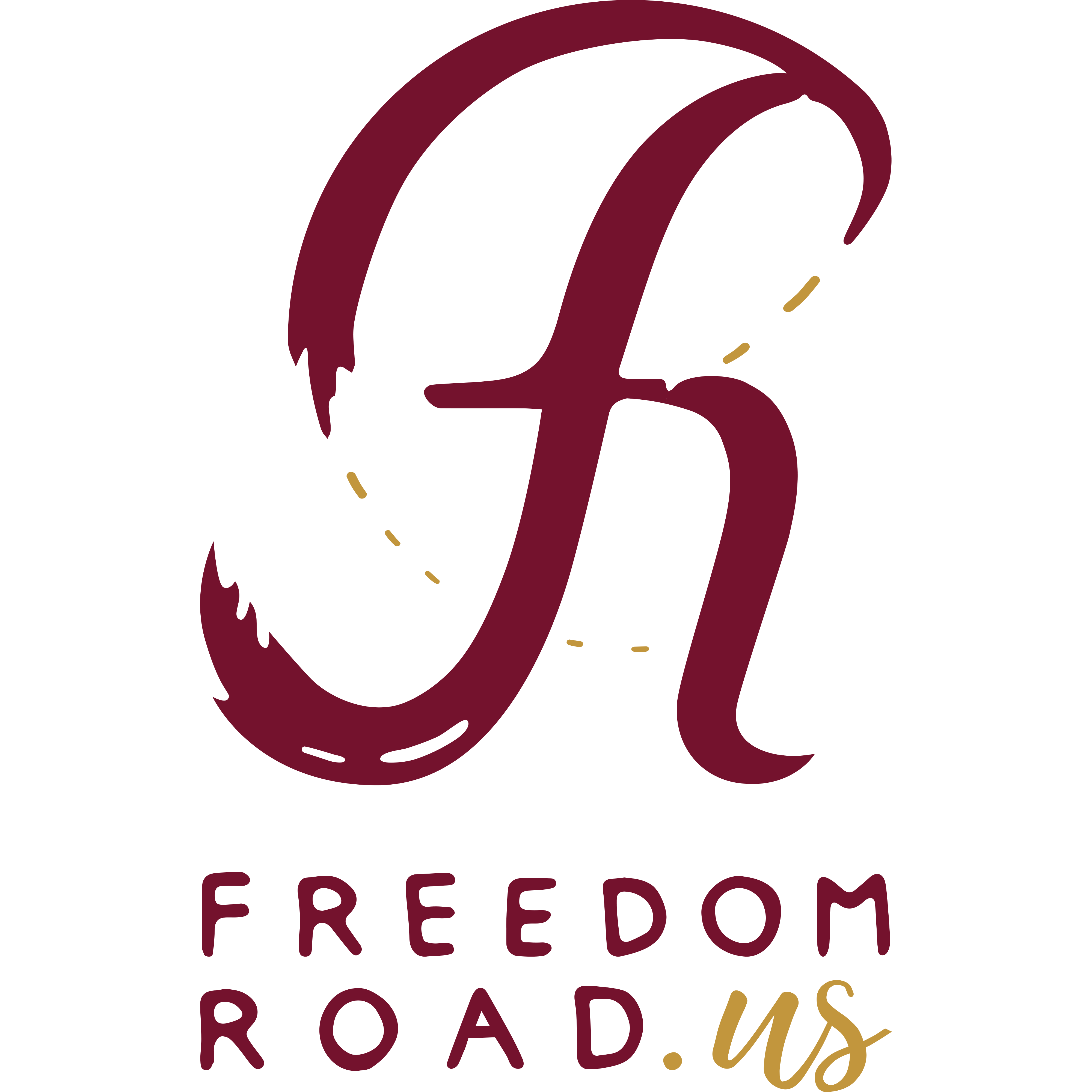