Housing Not Handcuffs: Pushing Back Against Punishment of the Homeless 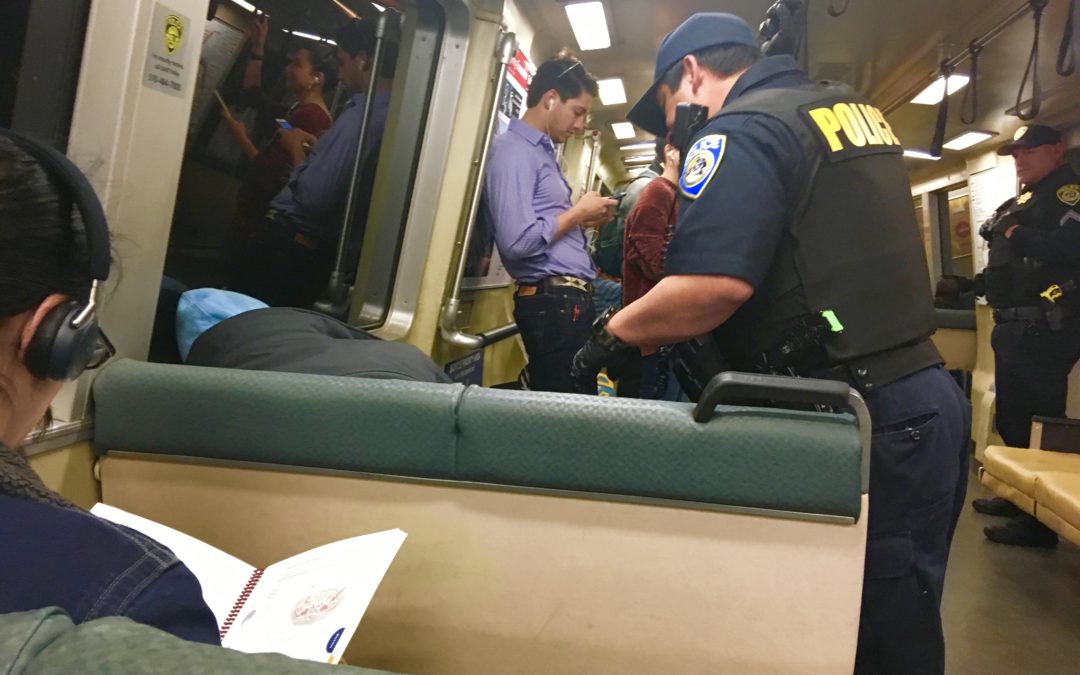 On the San Francisco Bay Area public transit system last spring, I saw a heavily armed police officer rouse a man who was sleeping peacefully on the seat in front of me, his humble load of well-worn belongings beside him. The officer forced him to get off at the next station—which he did with difficulty, limping severely. Was the East Bay where he actually needed to be? It didn’t seem to matter much.

In cities across the country, the challenges our homeless neighbors face are striking. United Nations official Leilani Farha, who investigates severe homelessness worldwide, was taken aback by the conditions in one Oakland homeless encampment. Documenting what she found to be degrading and inhumane treatment, Farha remarked: “There’s a cruelty here that I don’t think I’ve seen.”

Which begs the question: What constitutes a humane, ethical, legal, and sound response to the crisis of homelessness in America?

Here’s one vital answer: Focus on getting people housed, not punishing them for being homeless.

This is the thrust of the Housing Not Handcuffs campaign, led by the National Law Center on Homelessness and Poverty (NLCHP) and the National Coalition for the Homeless. The goal is “to stop the criminalization of homelessness—and to push for effective housing policies that end homelessness.”

This means an end to threatening or punishing homeless people for doing things in public that every person needs to do—like sleeping, sheltering oneself, or asking for help.

Ending criminal punishment is key, because punitive measures leave homeless people less able to access jobs, housing, and education after being fined or jailed, making the cycle all the more vicious.

Criminalization is also more expensive than housing, counterproductive as well as inhumane.

This is why Justice Revival is stepping forward to endorse and support Housing Not Handcuffs, and inviting you to join us. Given the NLCHP’s leadership addressing U.S. homelessness and its expertise in global human rights standards, we are excited to join them to promote the human right to housing and other policies to protect the homeless. This is the first in a series of partnerships Justice Revival is undertaking, as we expand our advocacy efforts and invite you to take action with us.

Literally every congregation we know is concerned about homelessness and doing something important to help those affected in their community. We hope you’ll also join us in addressing the broad, underlying causes of this severe, destabilizing inequity.

The NLCHP won a valuable legal victory over criminalization last fall, when a federal appeals court ruled that a state may not criminally punish the homeless for sitting, lying, or sleeping outdoors when they have no other place to go. (Martin v. Boise)

Punishing such basic acts amounts to penalizing people for being homeless, which is cruel, unusual, and prohibited by the Constitution, the court found.

The city of Boise has asked the U.S. Supreme Court to review the ruling.

Building on this victory, advocates are promoting laws that reflect this principle and prohibit punishing un-housed people for doing things as basic as sitting, sharing food, or covering up with a blanket in public when they cannot access adequate housing. This is an opportunity to push for policies that move us toward ending homelessness, rather than penalizing the consequences—which are harsh enough on their own.

Last summer I participated in NLCHP’s annual Human Right to Housing Forum here in Washington, DC, which provided a thorough, multi-faceted view of the issue.

In the face of false narratives of unworthiness and longstanding fear, hatred, and misunderstanding of the homeless, survivors of homelessness advocated a better way. As one woman explained:

Another woman reminded those gathered in a workshop that none of us are immune to homelessness. One illness or death in the family, the loss of a savings account, or the scourge of depression can render any of us unexpectedly vulnerable. “You’ll understand by and by,” as her grandmother used to say.

Empathizing means putting ourselves in the other’s shoes, and imagining how we would feel. Let’s protect the human dignity of our homeless friends and neighbors by affirming their belonging in the Beloved Community that we all hope to build.

Stand with us at Justice Revival to support Housing Not Handcuffs.

Are you ready to fight criminalization of homelessnes in your community? Below are seven ways you can take action today: