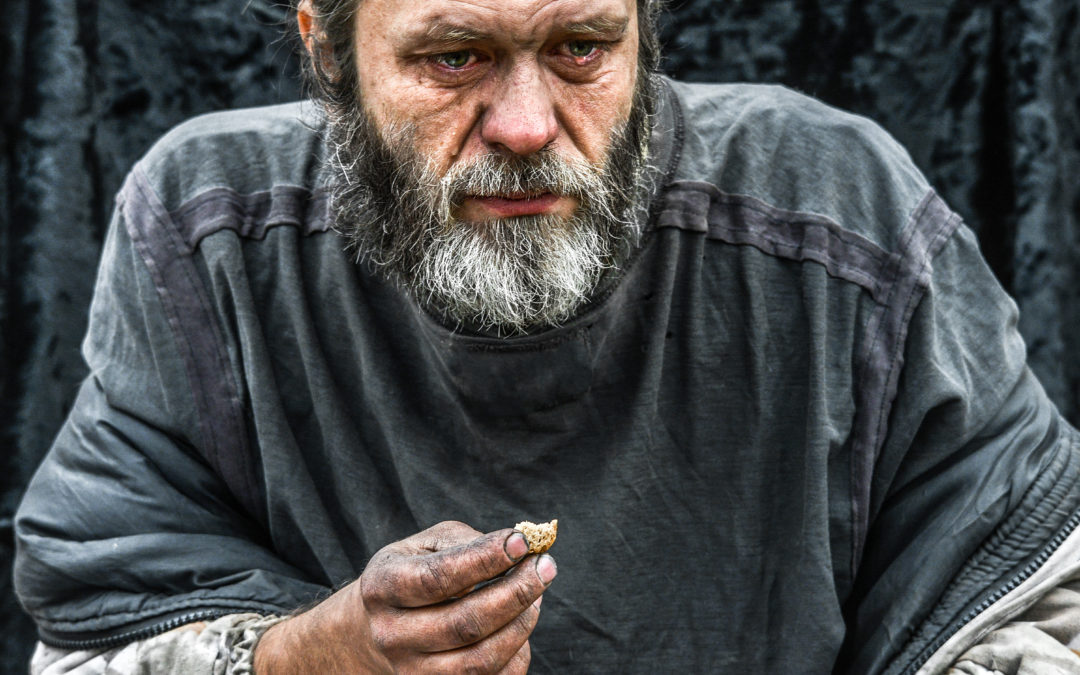 My last blog post reflected on the pressing needs of America’s poor—needs underscored by the recent findings of Philip Alston, the United Nations Special Rapporteur on Extreme Poverty and Human Rights.
Who constitutes America’s poor? At least 40 million people according to the U.S. Census Bureau. This includes individuals surviving on just over $12,000 per year and families of four on just over $25,000. Of these, 18.5 million suffer “deep poverty,” with incomes under 50% of the federal poverty guideline. And 5.3 million in our country are “absolutely poor by global standards,” scraping by on just $4 per day.

Most communities of faith are deeply concerned with poverty, hunger, and homelessness. Most are actively helping the poor in their communities. Some are even going beyond charity, treating poverty as a matter of injustice and seeking to address its deeper root causes.

As we think together about resources we can marshal in the fight against poverty, we should be thinking about the human rights of the poor.

The American legal system resists recognizing economic rights to basic life goods like education, health care, and an adequate standard of living. But such economic rights are well established under international law and have a long history in Christian tradition—one that was instrumental in the birth of the very idea of rights.

The Poor Man Jean Valjean
In the celebrated theatrical production of Victor Hugo’s Les Miserables,  there is a famous depiction of Christian charity. You may recall this story.

Jean Valjean is sentenced to years of hard labor for stealing a loaf of bread when he was poor and hungry. Upon his release from prison, a kindly bishop extends him hospitality, providing a warm meal and a place to stay. Out of desperation, Valjean repays the bishop’s kindness by stealing a set of silver as he sneaks away.

The police catch Valjean and haul him back to the bishop with accusations of theft. The bishop’s reply marks a dramatic turn in the story: “No, you are mistaken, that was a gift.” To Jean Valjean, the bishop says, “My friend, you forgot your silver candlesticks.”

In the novel, the bishop’s inner monologue reveals that his Christian piety and genuine concern for the poor made him conscious of few luxuries he had withheld—his silver cutlery and candlesticks.  The bishop harbored the troubling conviction that he actually owed these things to the poor. So he was at peace—relieved, even—to hand them over to the poor man, Jean Valjean.

The Right of the Poor in Christian Tradition
The duty to help the poor is one of the clearest ethical duties in the biblical text. The Bible abounds with admonitions to aid our brothers and sisters in need. Last time we explored Matthew 25. A passage from the book of Luke is apropos to the story of the bishop and Jean Valjean:

from anyone who takes away your coat do not withhold even your shirt.  Give to everyone who begs from you; and if anyone takes away your goods, do not ask for them again. (Luke 6:29-30)

I can only marvel at how faithfully a saint like the bishop must have meditated on this scripture in order to cultivate the grace to live it out with such conviction. For most of us, I imagine, such a sanctified state is an ideal we inch toward only gradually—a far off point on the horizon that guides us but eludes our firm grasp.

Centuries before the tale of the bishop and Jean Valjean, the Church fathers contemplated the duty to the poor illuminated in this passage from Luke. Their insights are equally remarkable:

“Not from your own do you bestow upon the poor man, but you make return from what is his.” -Ambrose of Milan (340-397)
“I beg you, remember this without fail, that not to share our own wealth with the poor is theft from the poor and deprivation of their means of life; we do not possess our own wealth but theirs.” -John Chrysostom (347-407)

These early Christian thinkers arrived at an idea that medieval canon lawyers would articulate more explicitly by the end of the 12th Century: the undeniable Christian duty to help the poor signals that the poor are morally entitled to such help. In other words, the poor have a right —a moral right—to help from the wealthy.

Recall how the bishop seems conscious of something more than a duty of charity; he understands helping Jean Valjean as the right thing to do, and believes that withholding such help would in fact be wrong. Implicitly, the bishop recognizes that Valjean is entitled to his help.

One of the earliest articulations of a personal, subjective right, in Christendom or anywhere, is the right of the poor to assistance from those with means. Given the undeniable biblical duty to help the poor, the poor ought to be able to expect such help, Christian thinkers deduced. The poor should be able to count on Christians to fulfill their duty. Aquinas affirmed this right, saying, “the poor person who stole in extreme need took what was really his.”

The moral rights of the poor were apparently never given legal effect during medieval times. A poor man like Jean Valjean who stole from the wealthy could not mount a defense against charges of theft by invoking such rights, and of course cannot today. Nor would I suggest that personal prerogative to steal is how we should give legal expression to the moral rights of the poor; the pitfalls are obvious.

Many centuries later, however, the rights of the poor were given legal expression under international law in a less radical and more viable form—a result in part of this heritage of Christian thought. With this history in mind, Christians should be the first to take economic and social rights seriously. Without replacing the vital role of individual giving, affirming economic rights is another meaningful way to stand with the poor.

Next time, we’ll examine how economic and social rights are recognized under international law, and how the U.S. lies outside the community of nations which recognize them. Subscribe via our home page to make sure you don’t miss it.