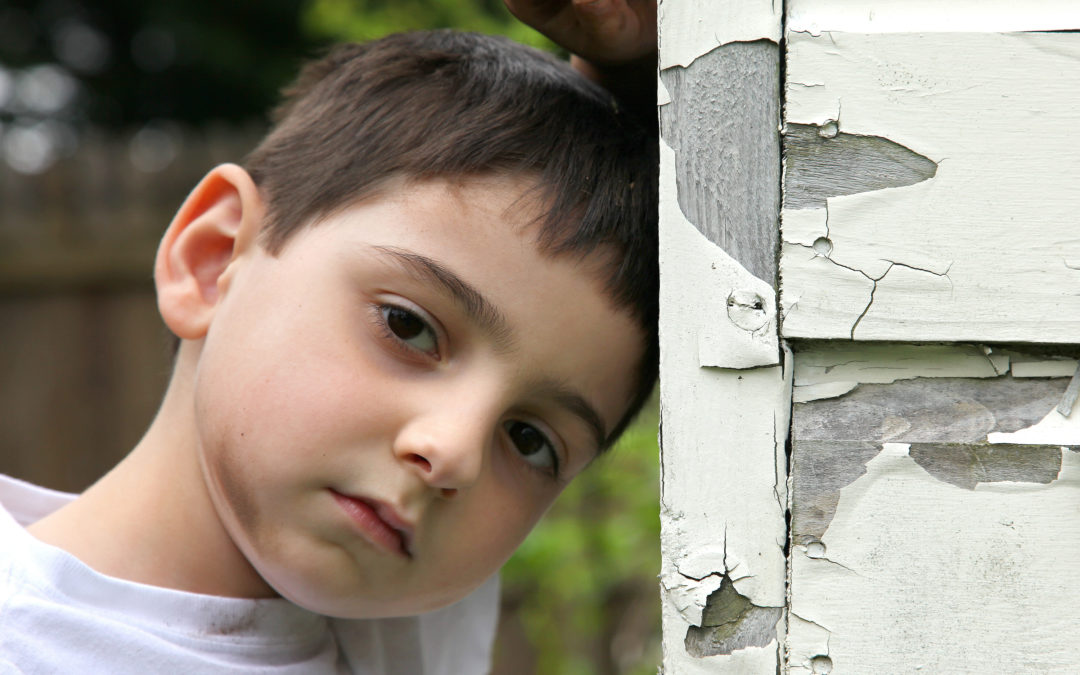 Well after the Sunday morning sermon a few weeks ago, I was still mulling the passage in which Jesus speaks these words. One the one hand, it is a poignant portrait of God’s tender mercy for the hungry and thirsty, the naked and the stranger. God identifies personally with “the least of these” and declares that any act of kindness toward these brothers and sisters is kindness unto God’s own self, underscoring the Creator’s profound concern for our well-being. (Matthew 25:31-46)

On the other hand, this passage is sobering in its insistence that we emulate the Lord’s concern for the vulnerable. Christ will tell the faithful from the wayward, it warns, by this measure: Did we give bread to the hungry? Did we clothe the naked? Did we see his image in the face of the poor? To those who neglect this sacred duty, the Lord says, “depart from me,” and worse. (v. 41)

Reflecting on this text, I was struck by the contrasting sides of the divine character. The Lord is at once overflowing with compassion for the vulnerable and ready to reject all who refuse this divine mantle of benevolence.

How, I wondered, do these gentle and fierce impulses live together in one very good God?

Eventually I recognized this paradox as a familiar one—the devoted nurturer who will, if necessary, prove to be the fiercest of protectors; the parent whose tenderness toward her young is matched only by her power in rebuking any threat to their survival. The paradoxical passage made sense once I recalled Isaiah’s vivid imagery of God as our mother.

And what mother does not feel heartache when her child suffers need? What father is not angered to see his child is mistreated? Yet suffering and want are a daily burden for “the least of these” who struggle under the oppressive weight of poverty.

Last week, at a mass meeting in Washington, DC, I heard several speakers testify to the ways poverty has ravaged their families. One of them feared losing a homeless brother who lacks health coverage to diabetes. (Already, his leg has been amputated, which might have been prevented with earlier treatment.) Another has been relegated to low income housing in Southwest DC, where toxic waste threatens residents’ health. Yet another has been scarred by horrors of war because joining the military was one of few opportunities he found open to someone from his working class background.

This was a meeting of the New Poor People’s Campaign, co-chaired by Rev. Dr. William Barber and Rev. Dr. Liz Theoharis, which is drawing nationwide attention to the plight of the poor in this country and mobilizing to demand change.

The testimonies revealed the terrible human cost of a severe problem. More than one in eight Americans, some 40.6 million people, are impoverished, according to Census Bureau statistics. This includes 13.3 million children.

Professor Philip Alston, the United Nations Special Rapporteur on Extreme Poverty and Human Rights, recently concluded an investigative visit to the United States. In his preliminary findings, Alston observes that the United States ranks 36th in the world in access to water and sanitation, and has the highest maternal mortality rate in the developed world. We rank 35th out of 37 countries in the Organisation for Economic Cooperation and Development (OECD) on poverty and inequality.

Alston confirms what too many know from experience—that native people, people of color, people with disabilities, children, and women all suffer disproportionately.

The United States has long refused to recognize economic and social rights, such as rights to health care, education, an adequate standard of living, and social protection for those in need. And threats to the civil and political rights that our constitutional system does recognize further exacerbate poverty, Alston finds. These threats range from disenfranchisement and gerrymandering to criminalization of homelessness.
But American poverty is not a hopeless case. Alston emphasizes our collective power to challenge the pronounced inequity in our society:

“at the end of the day, particularly in a rich country like the USA, the persistence of extreme poverty is a political choice made by those in power.  With political will, it could readily be eliminated.”

Most faith communities I know are committed to helping the poor. In fact, I can’t think of a church not actively engaged in ministries for the poor—providing food or shelter, assisting job seekers, meeting other needs. Often this is a focus of parish life.

But as the New Poor People’s Campaign emphasizes, we must go beyond charitable assistance and disrupt the complex structures that perpetuate poverty, if we are serious about widespread and sustainable change.
Some congregations are doing this, too—approaching poverty as a matter of justice, rather than charity alone. For others I’ve encountered, their leaders acknowledge that the move from charity to justice (and advocacy) is a challenging one.

But if we hope to generate the political will that is, in Alston’s view, both necessary and sufficient for our leaders to tackle the problem of poverty in our country, our task is to demand this from them.

Some claim this is taking the biblical imperative too far, that individual giving is plenty sufficient to fulfill one’s religious obligation to the poor. But the notion of a narrowly limited duty restricted somehow to personal charity is hard to square with the emphatic admonition from Mother God in Matthew 26—or to glean from the biblical text as a whole, with its consistent refrain of responsibility for the poor.

So where do we begin? First, we educate ourselves. Alston’s preliminary report is an excellent starting point, along with following the New Poor People’s Campaign.

Stay with us at Justice Revival as we continue exploring poverty from a human rights perspective. Next time, we’ll look at how the biblical duty to help the poor planted a seed that would grow into what we now know as human rights—beginning with the rights of the poor.

In my next blog post, I’ll explore how Christian duty to the poor influenced the emergence of inherent rights in the Christian tradition, and how economic rights are addressed under international law today. Subscribe via our home page to make sure you don’t miss it.