Yes, You Can Be Pro-Woman and Pro-Child. Rise Above the Divide with Us. 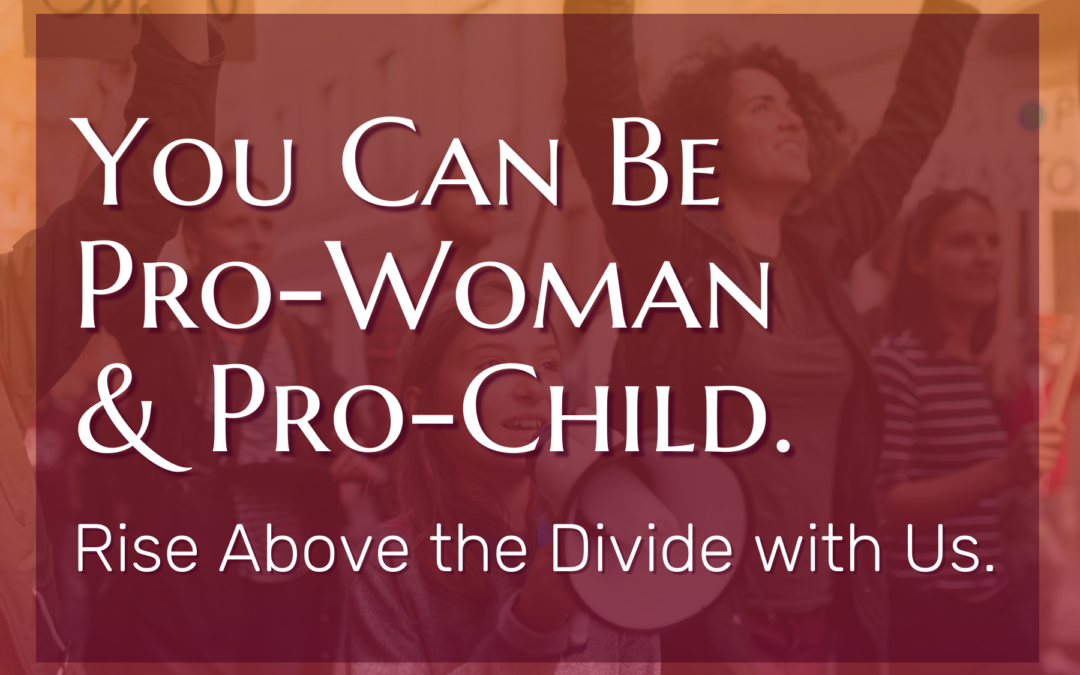 America’s divisive politics have sold our nation far short. We’ve been told for too long that we must choose a side—women’s dignity and bodily integrity or the value of nascent human life. In truth, Jesus sees and cares for both. So should we.

The draft Supreme Court majority opinion in Dobbs v. Jackson leaked earlier this week doubles down on the false, unhelpful divide. Reversing decades of legal precedent to unravel protections for pregnant women, it would allow lawmakers to elevate the interests of fetal life over and above the well-being of women, whom they could force to bear children against their will even in the most risky, uncertain circumstances. Although this opinion is not yet final, it shows us clearly where the Court is heading.

As Christians who value the sacredness of human life through the full expanse of the life cycle, we believe unborn life has value and meaning, and the ways we treat that life has moral implications. But a society where abortion is common raises other concerns, too: How have we manifested a world where child bearing and rearing feels impossible for so many? Why have we let our social safety net fray and income inequality flourish, and turned a blind eye to violence against women–injustices that give rise to the vast majority of abortions each year?

We pray in earnest that we will see a day when abortion is far more rare than now—but not by the means of harsh legal prohibition handed down from a privileged few on high. It must remain safe and legal, or we risk burdening the most disadvantaged women in our society–women of color and poor women with the least access to health care–with a responsibility they should not have to bear, the collective responsibility for our shared failure to create a more just nation. As long as rape and maternal mortality remain as disturbingly commonplace as they are in the U.S. today, the state cannot be justified in imposing such demands.

At Justice Revival, we truly are “pro-woman” and “pro-child.” And we vow to do all that we can to see and care for both, with Christ as our example. That’s why we’ve led the charge to protect women as equal citizens under the constitution with our #Faith4ERA campaign. Although the ERA would not mandate abortion rights or reverse the Dobbs decision, it would address the unjust violations that too often lead  to abortion: violence against women and economic hardship resulting from all manner of gender discrimination and abuse. It would support laws to uphold maternal health and women’s wages. And it wouldn’t abandon women to unregulated, potentially dangerous procedures that risk their life or health–the way outlawing abortion surely will.

Motherhood is not a duty we believe lawmakers are fit to impose; it’s a grace into which some women are invited and called. At minimum, childbirth is a self-giving act that demands physical dedication and emotional resilience; it comes with risks and scars. Being welcomed into this world is not a right that any of us could assert for ourselves; it’s a gift we were given–through the sacrifice of the women who bore us and the communities who supported them.

We pledge to continue being a community of faith that supports women and children both. I hope you’ll stand with us in faithfulness to this mission.

P.S. Our position on this weighty issue is not designed to fill the coffers of either political party. It’s designed to lift up the most faithful understanding we know for respecting human rights as a consistent principle that protects us all. You can read more on this issue and stay up to date by following along here and here.