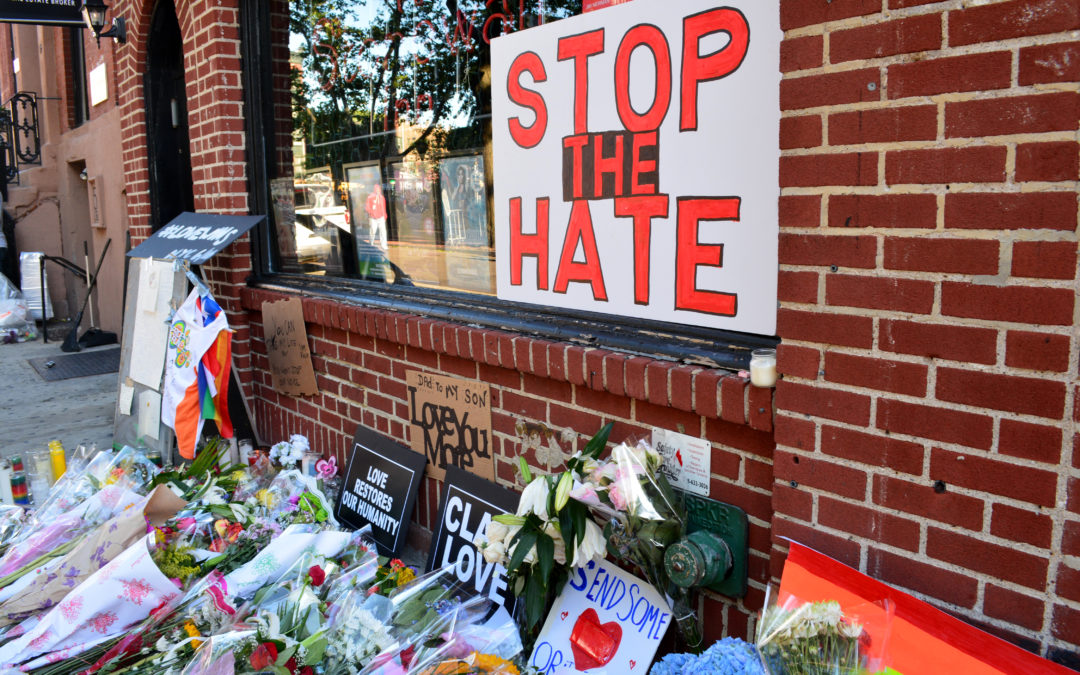 Support the Jabara-Heyer “No Hate” Act to Increase Accountability

Khalid Jabara, a Lebanese-American whose family had fled Lebanon’s civil war and religious persecution, was shot and killed on his front porch in Tulsa, Oklahoma on August 12, 2016. The shooter, who lived in the same neighborhood, had harassed Jabara and his family with angry ethnic slurs for over a year and was awaiting trial for badly injuring Jabara’s mother in a hit-and-run incident. A jury convicted the killer of murder as well as malicious intimidation and threatening acts of violence.

Exactly one year later, 32-year-old civil rights supporter Heather Heyer was run down by a car and killed while she participated in a protest against racism in Charlottesville, Virginia. The driver, who intentionally drove his car into a group of protesters, had traveled from Ohio to take part in a white supremacist and neo-Nazi rally against removal of a statue of Robert E. Lee. Heyer’s killer was convicted of murder and malicious wounding, and later pled guilty to 29 counts of federal hate crime violations.

Hate crimes are banned by federal, state and local criminal laws in the United States. On a global level, violence motivated by racial, ethnic, or national animus is addressed under international human rights law. The United States is part of a treaty on eliminating racial discrimination, which requires it to outlaw violence that targets victims by race, color, or ethnicity.

The U.S. Justice Department defines a hate crime “a criminal offense against a person or property motivated in whole or in part by an offender’s bias against a race, religion, disability, sexual orientation, ethnicity, gender or gender identity”

Why does it matter that a crime is motivated by bias and characterized as a hate crime? The U.S. Supreme Court upheld the validity of a hate crime conviction over objections that such laws impair free speech. In Wisconsin v. Mitchell, Chief Justice Rehnquist explained that hate crimes inflict “greater individual and societal harm” in several ways: 1) they inflict distinct emotional harms on their victims; 2) they incite community unrest; and 3) they are more likely to provoke retaliatory crimes. More succinctly, as Sen. Richard Blumenthal (D. CT) said recently, “Hate crimes shatter lives — they shred people’s sense of trust and well-being.”

The murders of Khalid Jabara and Heather Heyer were both prosecuted as hate crimes, but somehow neither case was reported in the FBI’s official hate crime statistics. Shockingly, only 7,120 hate crimes were registered by the FBI in 2017 even though the Justice Department’s Bureau of Justice Statistics has reported that the annual average number of hate crimes nationwide is more than 250,000. (According to the Bureau, less than half that number result in complaints to law enforcement agencies for investigation and possible prosecution.)

What accounts for this vast underreporting?  Although the U.S. Department of Justice is required by law to collect data on hate crimes, the reporting of hate crimes to the FBI by law enforcement agencies in the fifty states is completely voluntary. In 2018, a remarkable 87% of the 16,038 reporting law enforcement agencies said that no hate crimes had been identified in their jurisdictions. Incredibly, Alabama and Wyoming said they had zero reportable hate crimes statewide in 2018.  While the absence of reported hate crimes would be encouraging if true, civil rights advocates identify a failed reporting system as the much more likely explanation.

In 2014, the international body that oversees the human rights treaty to end racial discrimination urged the U.S. to do a better job of tracking hate crimes. It specifically recommended mandatory hate crimes reporting to the FBI, improved data collection, public availability of relevant statistics, and law enforcement training on investigation and reporting of hate crimes.

Support the Jabara-Heyer “No Hate” Act

Congress has responded to the issue of hate crime underreporting.  In June 2019, the Jabara-Heyer “No Hate” Act was introduced in both the U.S. Senate (S. 2043) and the House of Representatives (H.R. 3545) by a bipartisan group of legislators. The proposed law addresses the underreporting of hate crimes with four specific measures, two of which directly address human rights concerns raised in 2014:

The companion bills have been referred to committees in both the Senate and the House of Representatives; no hearings or other actions have been scheduled yet. You can follow the status of both bills here and here.

It is vital that people of faith speak out against hate and hate crimes. This week Justice Revival signed a letter from civil society organizations to members of congress voicing our unequivocal support for the new law.

One simple but effective action you can take to support this important legislation to your representatives in Congress. Reach out to your Senators and Representative today to tell them you support passage of the Jabara-Heyer “No Hate” Act. Calls, emails, texts, and letters from interested constituents not only get the attention of lawmakers but help to honor hate crime victims like Kahlid Jabara, Heather Heyer and countless others.

Justice Revival’s monthly blog explores timely issues at the intersection of Christian faith and human rights. Visit us the fourth Friday of each month for new insight on pressing human rights concerns and reflections on justice from a Christian point of view. Sign up on our home page to get our latest blog posts straight to your inbox.