Righteous Resistance: A Church on the Margins 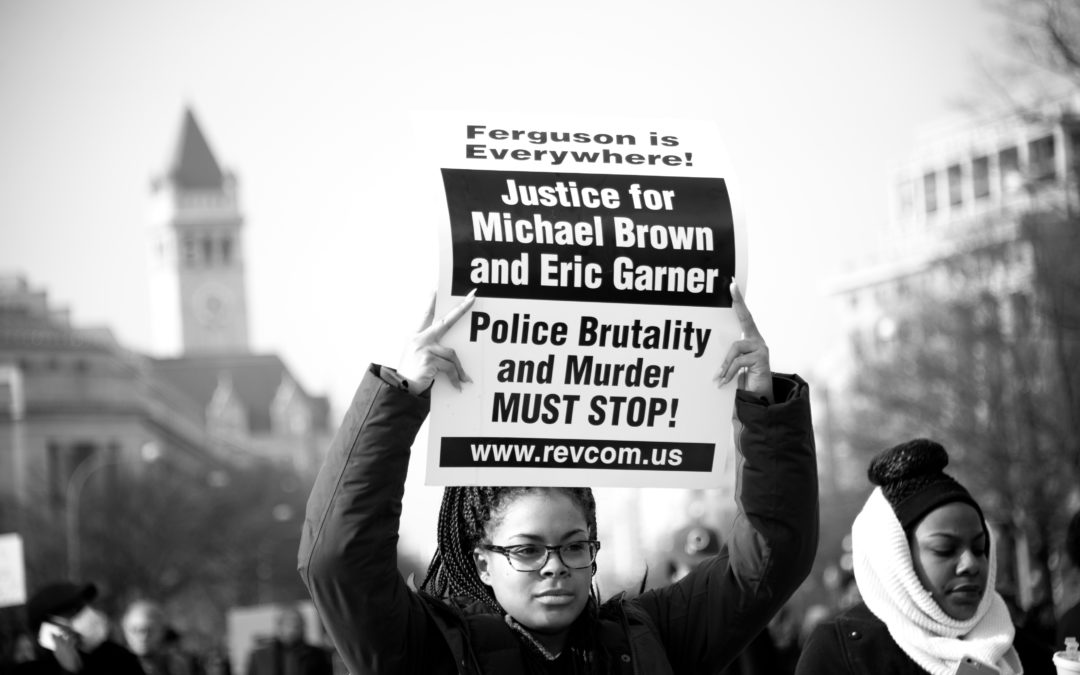 Last week in St. Louis, where I live, worship, and work, crowds gathered to express their profound dismay and frustration at a justice system that is failing to live up to its bedrock value of equality. Last Thursday, a state judge acquitted Jason Stockley, a white officer tried for the murder of Anthony Lamar Smith, an African American man he shot five times at close range. The incident, which took place before the killing of Michael Brown, recalled many similar cases witnessed since Ferguson thrust the racialized nature of excessive police force into the public consciousness.

The week before, I’d had my own, personal encounter with the pain wrought by our racially disparate criminal justice system. I traveled with a colleague to East St. Louis to meet with James, a 21-year-old African American man recently released from federal prison. After eating snoots, ribs, beans, and cornbread at Big Mama’s BBQ, we sat on the front porch of his cousin’s home and talked about his past, his present, and hopes for the future.

During this encounter, I experienced the enormity of the challenges faced in this predominately African American city on the border of Illinois and Missouri, known for its overwhelming poverty and high crime. At the same time, I received inspiration that I think is useful for today’s Church.

As James shared his story with me, I learned that he had been the victim of a criminal justice system spiraling out of control—a system wrought with inconsistencies, racial hate, and overt discrimination against men and women of color.

While in prison, James was not provided medical treatment for his bipolar disorder and ADHD. He was placed in solitary confinement for weeks on end for alleged “disrespect.” Since his release from prison he has struggled to obtain medical care from a community clinic and has been unable to visit his daughter in Arkansas or to find work.

Drugs, violence, hate, racism, and the panoply of difficulties that beset poor communities of color—communities like East St. Louis—impact all of us. Many of us are one unfortunate encounter away from experiencing the deadly consequences of poverty and racism.

In the few hours that passed, I was also reminded of why I went to law school. It was my way to pursue justice for people like James, the kids I taught in the Mississippi Delta, and my own family.

In my short time with James and his family, I experienced what a satisfying, justice-oriented legal practice felt like. Working with colleagues, sharing stories, solving problems, and embracing the lived experiences of those we serve is what the law ought to require of any lawyer. Similarly, experiencing the embrace of James and his family, their willingness to be vulnerable, and their radical hospitality were all gifts to me as one honored to serve. Serving with brothers and sisters who have been placed on the margins of society is a great opportunity and privilege.

In the Old Testament, the prophet Amos confronts justice directly. He admonishes the children of Israel to prioritize the pursuit of justice over religious piety. Participating in religious rituals was good, but securing justice for the people was what mattered most. Despite being rejected by the head priest, Amos articulates a set of religious and spiritual values that anticipates the words of Jesus. He writes that instead of fierce religiosity, faith should mean working to see “justice roll down like water, and righteousness like an ever-flowing stream.”

Amos’ constant refrain of justice and mercy is the cornerstone of faithful living and is a timely reminder to all who claim Christ of what to do in the face of adversity.

Let Down by Leadership

Like Amos, James has endured and continues to endure great hardship. He has felt the brunt of a criminal justice system shot through with racial disparity at every turn—in racial profiling and surveillance, use of police force, incarceration, and sentencing. Likewise, children of color face discrimination in our juvenile justice system, more likely to be caught up in the notorious “pre-school to prison pipeline.” The recent verdict in the Stockley case calls our attention to the brokenness of this system.

Disenfranchisement of people who have fully served their sentences for felony convictions, coupled with restrictive voter ID laws, conspire to deprive a disproportionate number of minority voters of their right to vote.

James has felt the brunt of a society that has yet to realize the human right to health—for which the poor and people of color suffer disproportionately.

The White House and Congress, along with state legislatures, are pushing millions of people to the margins of society with disastrous policies that roll back voting rights, immigrant rights, and safety net programs, just to name a few. There is no doubt that the current White House has exposed the fragility of democratic institutions and republican ideals. In spite of the White House, the strength of America is being revealed, albeit slowly.

That strength is not inscribed in a founding document, or found in Washington, or capable of being reduced to a campaign slogan. The strength of America and the world has always been God’s creation. The hope for the world continues to be God’s good creation.

Our hope in God and the goodness of God’s creation is our greatest tool to defeat man-made evils like poverty, racism, discrimination, dysfunctional government, and war. Clergy praying in St. Louis and Charlottesville, righteous marches in the streets, young people using technology for activism, and people of all backgrounds coming together to support one another—this is where we see God and where we must draw hope in times like these.

God’s church must resist every temptation to reduce God and God’s Word to comfortable, conforming, cautious creeds and instead insist on a Church intentionally positioned on the margins of society.

God is found on the margins, in places where tremendous need and injustice abound. God’s church must meet God there.

God was with Anthony in 2011 and with Michael Brown in 2013; God is with us as we reject a system that murders our children with impunity. Because of Christ’s resurrection, so too are we resurrected, Anthony and Michael as well, each of them inviting us to join them in redeeming the soul of America and the world. East St. Louis and the City of St. Louis is where I found God recently, and it is where I draw strength and hope for the future.