Response to Charlottesville: A Call to Christians 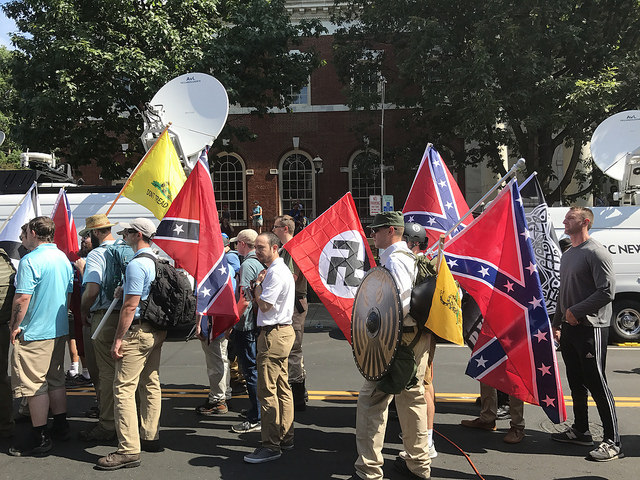 We at Justice Revival are horrified by the actions of white supremacists in Charlottesville last weekend. We are appalled at the views of those who rallied to re-assert white dominance and privilege in our society. We grieve the violence that has once again resulted from this racial idolatry.

The ugly truth about racism in our country has once again become undeniable.

In a provocative article that appeared in the Atlantic on Sunday, Emma Green asked a question that is crucial for all Christians to consider: How will the Church reckon with Charlottesville?

In the article, Green details the varied responses that Christians had to the tragic incidents that rocked our nation on Saturday. She also points out that “Some people got angry, really angry, at the white Christians who they see as complicit in a culture of systemic racism. ”

I was raised in a white evangelical church in America. I came to know and love Jesus in that community. I want to believe that many of the Christians who supported Trump reject white supremacy and racist oppression—that they voted for him despite and not because of his sympathy with groups like those who terrorized Charlottesville.

It is past time for these brothers and sisters to stand up and speak with a clear voice. We are not hearing enough white evangelical leaders denounce the racist nationalism.

We are not seeing Trump’s faith advisory board break ranks like the business advisors did.

Trump’s response to Charlottesville was wrong, as numerous individuals have poignantly recognized, including a moving piece by Fox TV reporter Eboni Williams—who has endured threats to her life since making her statement.

It is absurd to say that the two parties that clashed on Saturday were equally blameworthy. Rallying to assert racial dominance and superiority is morally repugnant—regardless of whether it is legally permitted as a result of our country’s commitment to free speech. Mobilizing to resist such a display of bigotry and to support the democratic value of human equality is heroic and faithful—it is what makes our nation great.

While we accept that there can be a wide range of views that Christians can hold on many political issues, some issues are not merely “political.” For people of Christian faith, equal human dignity and rights must be recognized as moral and religious concerns, despite cynical attempts by those in power to politicize these fundamental commitments.

The best answer to Green’s pivotal question about how the Church will respond is for Christians across the political spectrum to unite around one core principal: God has imbued every human being with profound dignity that we as Christians and as Americans must honor and respect. The answer must be that we stand for the human rights of all.

The appropriation of Christianity to buttress racist views that offend the Gospel is a travesty and a heresy that we must no longer tolerate.