Meeting the Prophets in Rwanda 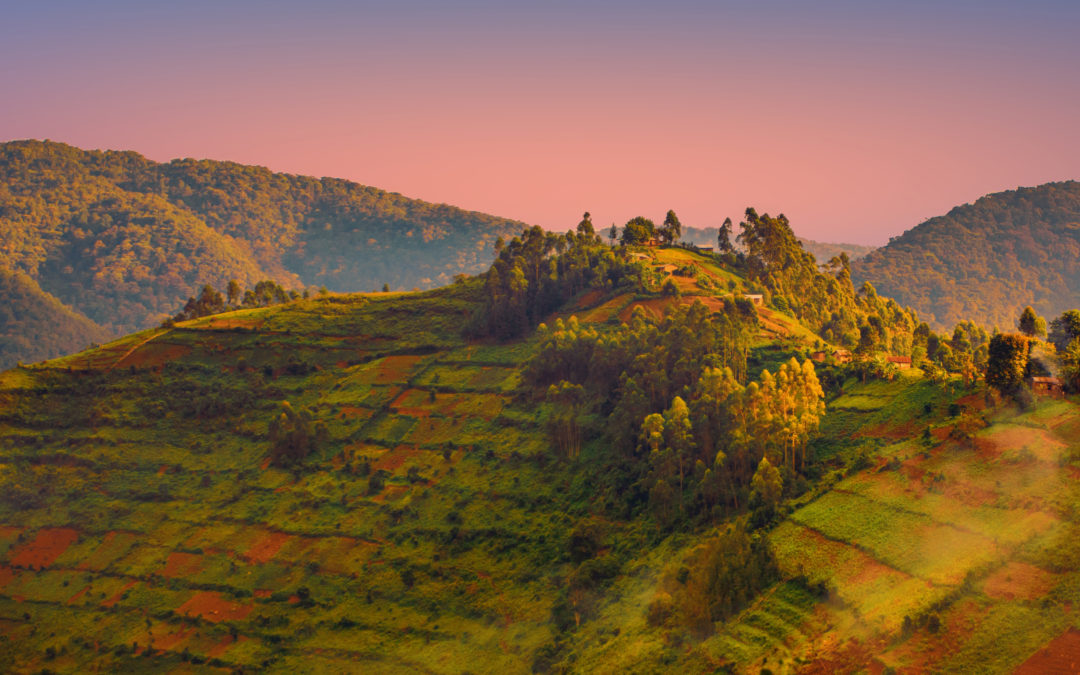 One bright Sunday in June, years ago, I met the Hebrew prophets in Rwanda. I received their timeless message calling God’s people to justice on the heels of witnessing the worst mass atrocity of my lifetime. This was my second conversion.

Growing up, the church was my home. I relished the sense of solace I experienced in worship. I delighted in the rhythms of community life: Sunday school and morning services, Sunday evening youth group, choir practice on Wednesday nights. I learned of a profoundly personal divine love and forgiveness, the focus of the tradition in which I was raised. I was taught to share the Good News of God’s love with all.

But in all the childhood hours I spent at church, I never met the prophets.

I knew well of Christian love, repentance, forgiveness, salvation. But the only notion of justice I recall from those years was divine judgment. Earthly justice did not figure.

For the church of my youth, I have only profound gratitude and affection. It was the sheltering haven where God’s love took hold of me. But my Christian education was incomplete.

A Journey to Rwanda

Later, as a twenty-something lawyer, the Christian values I had internalized—love for neighbor and desire to serve others—propelled me on a journey to Africa. I joined a trial team prosecuting crimes committed during the Rwandan genocide of 1994.

By that time I was involved in Christian communities concerned with peacemaking and justice seeking. Justice was no longer segregated from faith. But my embedded theology had not yet been disrupted and transformed by the revelation of what a weighty matter justice is to the God of the Hebrew and Christian Bibles.

Without an appreciation of the persistent refrain of justice throughout Scripture, I was spiritually unprepared for the service I sought to offer. Without an understanding of God’s passion for justice, compassion for the victimized, and exhortation that we, God’s people, must likewise seek justice, I lacked the theological foundation I needed to face such a vivid exhibition of humanity’s potential for evil.

Spiritually, it was like learning to swim by plunging off an ocean pier while a tropical storm is brewing.

There is no overstating how cruelly and brutally hundreds of thousands of Rwandan men, women, and children were murdered during those hundred days in April over twenty years ago.

If a privileged, suburban, middle-class American upbringing had shielded me from even a fair historical reading of injustice in my home land, daily immersion in narratives of neighbors slaying neighbors was sufficient to strip away any of my naïve delusions. Through the faces and stories of individual people wounded and grieving, injustice became real to me.

At the end of my service with the Tribunal, at the height of my spiritual struggle, I journeyed to Rwanda from Tanzania (where the Tribunal sat), seeking to draw closer to the place and people whose tragedy had pierced my heart. I made my way to the north and, seemingly by chance, found myself one Sunday morning attending church at an orphanage in the town of Ruhengeri.

On that trip, my soul felt burdened as never before. I had witnessed an incomparable tragedy—the Rwandan genocide—through the lens of the Tribunal. I had also seen what an imperfect attempt at justice the historic court represented. It was a global effort at the vanguard of international criminal law, but compared to what the Rwandan people had suffered, it seemed almost piddling. In Rwanda, I saw living people scarred and crippled, and walked through graphic memorials where the dead were displayed, their painful demise carefully showcased so that we would not forget.

At the orphanage that Sunday, however, I saw something radically different. I saw lively, joyful children worshipping the Lord—despite being robbed of parents and homes, despite the visible scars many bore from merciless attempts on their innocent lives. I struggled to dam up the deluge of emotion that swelled inside me.

If these little ones could worship God with hope and delight, who was I to withdraw into cynicism and despair?

It was on that day that two fellow Christians, one a missionary and the other a lawyer, introduced me to the prophets. A bold and kindhearted American woman named Martha had dedicated herself to serving those orphans, teaching in their school and caring for many as her own. After we’d talked for some time and I’d told her about my journey, she passed on her copy of a book called Good News About Injustice.

In this compelling testament of faith, Gary Haugen, Founder of International Justice Mission (where I would later serve), begins from his own confrontation with the Rwandan genocide shortly after it happened. He moves on to recover a sense of deep Christian hope grounded in the steadfast commitment to justice evidenced throughout Scripture. Hungry for the prophets’ profound message, which Gary shares in a compelling and personal way, I gobbled up the book in one sitting on a cramped mini-bus ride across Rwanda.

Meeting the prophets as I did, in the wake of the Rwandan genocide, amidst the promise of precious young lives fixed on the future, set my life’s journey on a new course. It would mean years living and working in Africa, traveling that continent and beyond, and teaching human rights and attending seminary at Yale. It all started in Ruhengeri.

Once I heard the prophets’ message—seek justice—there would be no turning back.