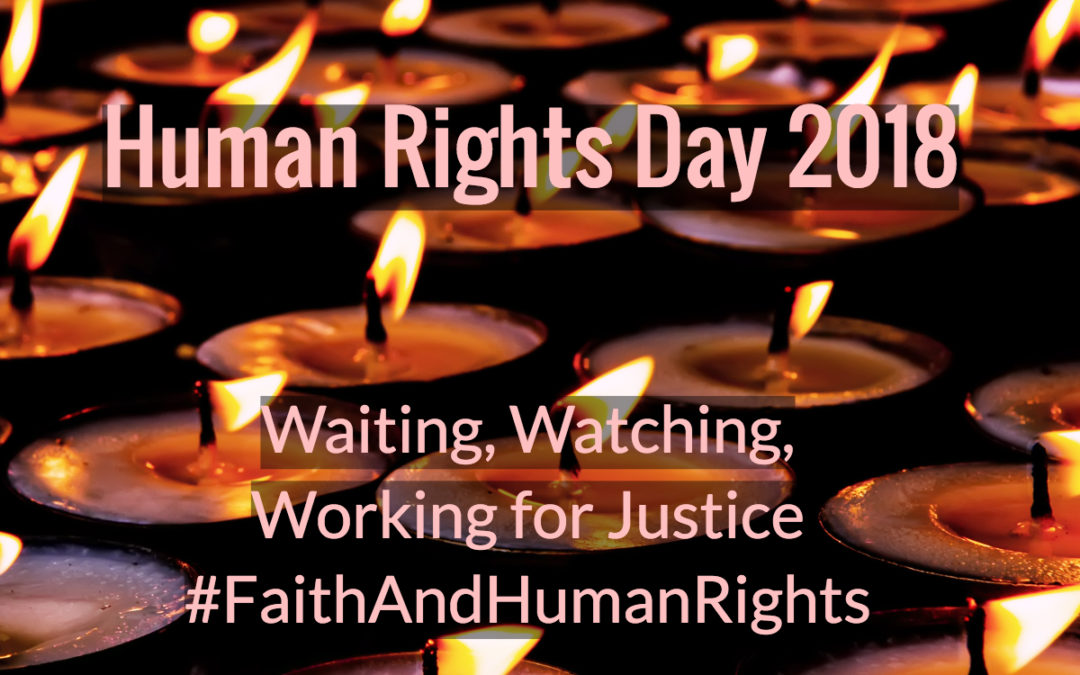 In recent weeks, U.S. ally Saudi Arabia was found to be responsible for the grisly extrajudicial killing of American resident and international journalist, Jamal Khashoggi. Intelligence confirming that this happened at the behest of Saudi’s Crown Prince has moved legislators on both side of the aisle to decry the murder and distance themselves from Saudi Arabia. Yet the president reaffirmed his loyalty to the Saudi regime and our nation continues to support it in a merciless war causing unspeakable civilian and child famine in Yemen. Publicly the president has announced that economic influence outweighs moral principle.

Selective accountability around human rights has been a stumbling block ever since global governments first aspired to this high moral ideal. Never before, however, has it been so brazenly trumpeted from the American White House. If “hypocrisy is the homage which vice renders virtue,” as François de la Rochefoucauld famously said, this president cannot be bothered with such a nod; he prefers vice unencumbered.

In this way, the U.S. has acquiesced in an archetypal violation of what the U.N. Human Rights Committee recognizes as the principal and primary human right: the right to life. Protection from arbitrary, extrajudicial killing by state security forces is the quintessence of the right to life under international law. To profess publicly that this matters less than a lucrative arms deal is nothing less than a naked betrayal of the precious and hard-won moral consensus that is human rights.

Khashoggi’s murder is just one abuse in which our government is sadly complicit. Perhaps a different one weighs more heavily on your heart today—suppression of voting rights, merciless treatment of asylum seekers, cruel and inhuman treatment of the homeless. It is amidst numerous and serious violations that we celebrate the 70th anniversary of the Universal Declaration of Human Rights, an achievement honored each year on December 10th as Human Rights Day.

Still, the Universal Declaration remains a landmark achievement in human history, when nations of the world first proclaimed international accord on the basic human rights and fundamental freedoms recognized to be the birthright of all people, everywhere.

The drafting of the Universal Declaration occurred at a particularly hopeful moment, when the evils of second world war had been vanquished, and world leaders had created a system to resolve disputes based on the rule of law, rather than brute force. As scholar Henry Steiner précised, the Declaration “expressed in lean, eloquent language the hopes and idealism of a world released from the grip of World War II.”

In a public conversation last week, an interfaith panel of speakers, including former U.S. President Jimmy Carter, remarked on how the Universal Declaration took inspiration from the religious teachings of all three Abrahamic faiths. Rabbi Jill Jacobs explained that the Universal Declaration is a modern sacred text of Judaism, because it reflects widespread remorse at the Nazi Holocaust that claimed six million Jewish lives and because it gives expression to the Jewish (and Christian) conviction that human beings are made in the image of God, and therefore worthy of dignity and respect.

The Universal Declaration elevated the dignity and sanctity of the individual person above the unfettered prerogative and power of nation states. It became a barometer for justice, a benchmark for progress, and a beacon of hope. It is fitting that some Christian leaders have come to recognize the anniversary of this watershed achievement as a “Holy Day for Justice,” worthy of commemoration by our communities of faith.

Anniversaries are usually joyful occasions, but this one is bittersweet. Our attention is drawn to the gaping distance between the high ideals heralded at the dawn of the modern human rights movement and the arduous struggles we wage to this day, in hopes of protecting our most cherished rights and principles.

Where can we turn for strength in such a time?

The Sunday before last the season of Advent began—that time on the church calendar when we wait expectantly for the celebration of Christmas, our remembrance of Christ’s coming to us in the form of a humble child.

The Scripture read in worship that day described waiting and watching for Christ’s return; it anticipated “‘the Son of Man coming in clouds’ with great power and glory.” (Mark 13:26) How striking that the lectionary reading on this occasion—the very beginning of the liturgical year, akin to a “Christian New Year”—foreshadows the merciful conclusion of the salvation narrative. As we enter Advent season and attune our hearts to anticipating Christmas, we recognize that we are also waiting hopefully for Christ’s return.

We begin with the end in mind.

Preaching on this scripture, my pastor, the Rev. Dr. David Gray, acknowledged the spiritual challenge that waiting poses, and the blessed opportunity it offers to deepen the roots of our faith.

Why didn’t the resurrected Jesus return immediately after his crucifixion? Why did his followers suffer those agonizing days of mourning? Why has he not returned to us sooner?

Rev. Gray reminded us that without waiting we would have no need of faith; there would be no space in which faith could grow. Often in waiting, we sense God’s presence more keenly because of our needing and longing for it. This does not necessarily make waiting easy, but it reassures us that the wait is worthwhile—especially when we know how the story ends.

We are called to wait and to watch and to live into the values of the kingdom Christ preached and proclaimed, that kingdom of God marked by justice and by peace. In so doing, we can begin to experience God’s reign here and now, even as we wait for its full fruition upon Christ’s return.

Embracing Hope and Resolving to Persevere

What hope can we embrace this Advent season? What strength and solace can we find, as we seek to uphold the value of justice at a time when human rights faces an unprecedented existential challenge in our country?

This historical moment may feel distressing, may even tempt us to despair. To contemplate our government’s retreat from human rights might threaten to thrust us into unbearable lament—if we didn’t already know how the story ends.

Mercifully, however, the resolution of the moral crisis has long been foreshadowed: “‘the Son of Man coming in clouds’ with great power and glory.”

We know that when we labor for justice, we are pressing toward triumph. This is how the Archbishop Desmond Tutu was able to say to apartheid era leaders of South Africa: “You may have the guns, you may have all this power, but you have already lost. Come, join the winning side.” Tutu modeled admirably how trust in the Lord’s promises brings the strength of spirit to persevere faithfully, even joyfully.

So today, despite how far away our goal may seem, it is more important than ever that we place our confidence and trust in the Lord’s promise. We worship a God of justice.

We must also recognize that the almighty God of the universe does not actually need us to deliver justice to the world. And yet in his goodness he chooses to involve us. We are promised that the Lord who is famous for justice “is able to do immeasurably more than all we ask or imagine, according to his power that is at work within us.” (Psalm 9:16; Ephesians 3:20).