The Time is Now for White Christians to Abolish Racism 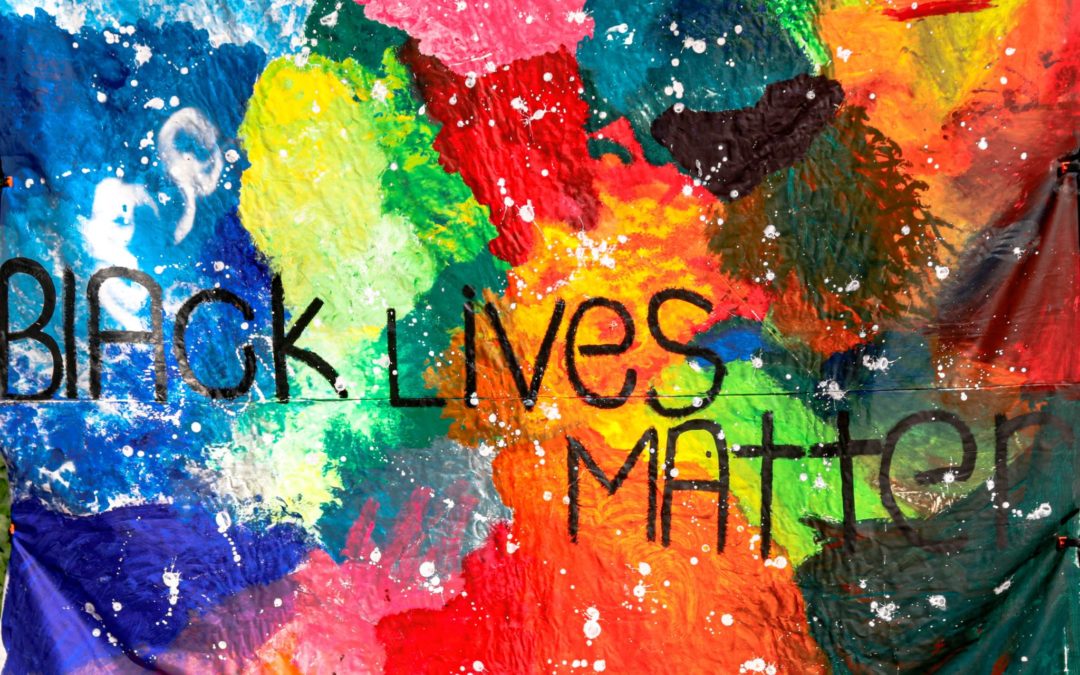 While protesters spilled onto the Seattle streets in a dramatic display of anger, frustration, and grief in the aftermath of the killing of George Floyd, a group of Christians on Bainbridge Island, Washington came together to express similar emotions. We lamented the most recent spate of police killings of Black and brown people including Floyd, Breonna Taylor, and Rayshard Brooks in the shadow of a local police killing of Stonechild Chiefstick, a native man and member of the neighboring Suquamish Tribe. Compelled by our faith, our group expressed a sense of urgency as we committed to learning and action.

As a Presbyterian minister, I have the privilege of preaching the life-giving Gospel truth: we are all loved equally and immeasurably by our Creator. As a White woman serving in an affluent community, I have the responsibility to lead other White Christians to a deeper awareness of how discrimination obscures the Gospel truth and ultimately ends in death. Our Black and brown siblings are paying with their lives. The first step in stopping the carnage is coming to terms with the culture of white supremacy infecting our country—and our very own hearts. I convened the group to create space for White Christians like me to grapple with that truth.

Dismantling racism requires confronting generations of systemic inequality and deadly discrimination—and un-learning the whitewashed history that our textbooks taught us. One participant remarked that although she grew up in Tulsa, Oklahoma, she’d never heard of the Black Wall Street Massacre of 1921 when groups of White people brutalized a wealthy Black community, resulting in injury, death, and the internment of hundreds of Black Americans.

We acknowledged our country’s deadly legacy of racism then and now, and the lies we’ve told to cover it up. As Christians, it felt right to begin by confessing the sin of racism. It shows up as implicit and explicit biases, and consciously or not we have perpetuated unjust systems by benefitting from them at the expense of others.

“We have failed to see the image of God in the faces of our Black, brown, and indigenous siblings,” one participant said. What we have done, and what we have left undone to the most vulnerable of our neighbors, is a reflection of how we have treated Jesus himself. “We must abolish racism now,” she said, “our souls are on the line.”

Using the human rights framework and Justice Revival materials, the group began to understand that beyond sin, racism is a violation of international law set forth in the Universal Declaration of Human Rights. The United States is obligated to create a justice system that upholds the dignity of every human being, but the prevalence of structural racism reveals our country’s consistent failure to adhere to this standard. Structural racism denies human dignity by preventing access to resources and opportunities.The group was further dismayed by a 2018 report on the U.S. by the Inter-American Commission on Human Rights (IACHR), documenting “deep seated racial disparities in policing and the criminal justice system”—amounting to human rights violations. It was perplexing to many why more Americans had not heard about IACHR report before, and why our nation’s leadership seemingly paid no heed to this stark warning. Lives might have been saved if our country had changed course.

It is never too late to change course, and Christians all over the country are reorienting themselves in the direction of God’s call to build a more just society where all have equal access to an abundant life and can live without fear of deadly discrimination. We begin by telling the truth: confessing racism as sin and a crime; and claiming the truth of the Gospel good news, that from the ashes of sin, new life emerges.

Our Commitment to Anti-Racism

Our group agreed on the importance of holding each other accountable to the work of dismantling racism in ourselves and in our community. We are reading Ibram X. Kendi’s How to Be Antiracist. As Kendi suggests, we begin by defining the terms that describe racism in its many forms, and then we define the kind of people we want to become—the people God calls us to be—so we can work toward our goal of transforming our world. We now understand that it’s not enough to declare oneself “not racist” because it implies neutrality and allows racial inequality to persevere. Instead, Kendi teaches, we must be actively antiracist by confronting racial disparities wherever they exist.

We put the principles we are learning in practice by  reaching out to a local group which works to ensure local public school children are not being taught the same whitewashed history that many in our group were. Part of its mission is to help parents, staff, faculty, and students understand the value of diverse perspectives, and amplify the voices of those who traditionally have been marginalized or silenced. The group is working with the school district on an improvement plan which will include equity in teaching and learning from top to the bottom. Our group expressed support and committed to following their work.

Soon after our first conversation, we learned George Floyd’s brother took his case to the UN Human Rights Council, asking them to establish a “commission of inquiry into racism and police brutality in the United States.” Philonise Floyd asked the UN body to help Black people in America. One participant expressed how this example underscored the value of using human rights to address racial injustice in our country. He said that we too must stand with Floyd and appeal to universal human rights to change the course of history in our country, not because it’s politically correct, but because our faith demands it. Black and brown bodies are at stake and we must stop the killing. “Our souls depend on it,” he realized.

To learn more about how racial disparities in the U.S. criminal justice system violate international human rights, join the online discussion of our recent roundtable event, “Human Rights Accountability for Systemic Racism in U.S. Policing,” in partnership with The Forum on Human Rights at the Carter Center.