Refusing to Accept the Unacceptable 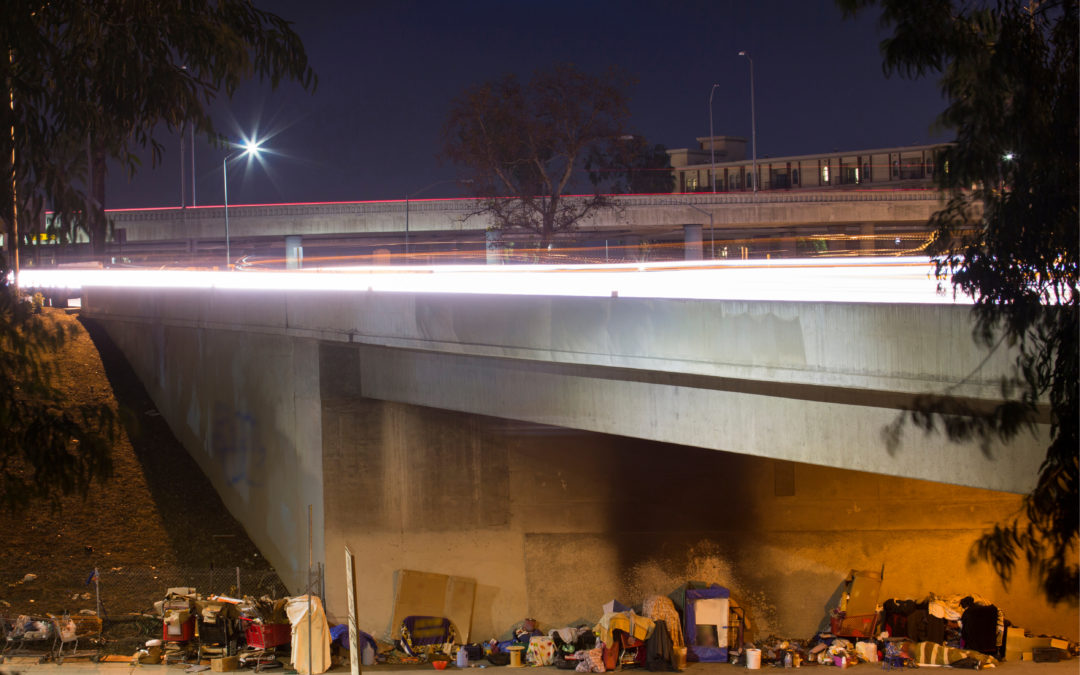 A Crisis on Top of a Crisis

As the coronavirus pandemic persists, so too does the increasing cultural awareness of myriad inequities in American life.  The pandemic did not create these interrelated injustices, but it does exacerbate the effects, elevating the societally accepted background noise of distress to an urgent cry of anguish filling the streets.

Housing is no exception.  Centuries of oppressive housing-related policies from slavery, to redlining, to predatory lending, to gentrification set the stage for both an immediate crisis among the unsheltered and an impending crisis for those who could lose housing in coming months.

Homelessness in itself, apart from the coronavirus, is linked to adverse health outcomes.  A recent study found 84% of unsheltered people suffered physical health problems.  Another study showed adults experiencing homelessness in their 50’s exhibited geriatric conditions at rates comparable to those the general population experiences in their 70’s. The dangerous health effects of homelessness places unhoused people at an especially high risk of severe symptoms from the virus.

But it is difficult, if not impossible, for many people experiencing homelessness to follow the current public health guidelines.  Guidelines like sheltering in place, social distancing, and hand-washing, assume a level of adequate housing that, sadly, cannot be assumed with more than 3.5 million people experiencing homelessness in this country.  Shelters imposing more restrictive occupancy limits to conform to distancing guidelines are forced to turn away people they used to house. As a result, more people are left unsheltered and without recourse.

Housing Needs on the Rise

Cities are scrambling to try to augment available housing.  In some cities this means placing unhoused people in parking lots without even makeshift structures. San Francisco reports a 285% increase in the number of tents in its historic Tenderloin neighborhood.  Instead of performing the usual cruel practice of slashing the tents with knives and sweeping them away, the city established pop-up testing sites to serve the people in the tent encampment.  Yet the testing required people to provide a permanent address and access Wi-Fi to receive the testing results.  Some cities place a small percent of the unhoused population in hotel rooms, but this arrangement is temporary and limited.

As dire as the current situation is, this could merely be the tip of the iceberg.  Many renters face an impending crisis if the government does not adequately respond to the financial impact of the pandemic.  This also disproportionately affects minorities and women.  In many states, landlords file evictions against black women at twice the rate of white renters.  As the unemployment rate rises to levels not seen since the Great Depression, rates of homelessness could rise swiftly.  One model predicts homelessness could increase up to 45% nationally.

To address this dire crisis and to ensure resilience against future crises, American lawmakers must pass legislation to prevent a disastrous homelessness crisis, join the international community in acknowledging the human right to housing, and work to progressively realize this right in the United States.

The Human Right to Housing

Though the right to housing is not recognized on a national level in the United States, the U.S. has affirmed the right through a number of international human rights commitments.  The U.S. was a leader in creating the Universal Declaration of Human Rights (UDHR), which includes housing as part of the right of every person to enjoy an adequate standard of living.  The U.S. signed the International Covenant on Economic, Social, and Cultural Rights (ICESCR) (although it did not ratify it) and adopted the Habitat II Declaration, both of which require countries to progressively realize the right to housing.  The U.S. is legally bound by the International Convention of All Forms of Racial Discrimination (ICERD), which contains housing equity obligations.

A Political Choice by Those in Power>

Despite these affirmations of the right to housing, the right is still neither fully recognized nor realized in this country.  In 2017, UN Special Rapporteur on Extreme Poverty and Human Rights, Philip Alston, visited the United States and reported that “Los Angeles failed to meet even the minimum standard the United Nations High Commissioner for Refugees sets for refugee camps in the Syrian Arab Republic and other emergency situations.”  Alston also criticized punitive policies against those living in poverty and recommended a shift in perspective:

“Citizens and local authorities, rather than treating homeless persons as affronts to their sensibilities and neighborhoods, should see in their presence a tragic indictment of community and government policies.”

After acknowledging that governments must have leeway in deciding how best to address poverty and homelessness, he concluded, “At the end of the day… particularly in a rich country like the United States, the persistence of extreme poverty is a political choice made by those in power.”

Many of these sentiments were echoed when another global expert, Leilani Farha, visited the U.S. as part of a multi-country fact finding mission.  After observing appalling living conditions in thriving cities surrounded by luxury developments, she stated, “by any measure — moral, political or legal — it is unacceptable for people to be forced to live this way.  Refusing to accept the unacceptable is where we must begin.”

California however, may become the first State to enshrine housing as a human right in its Constitution.  Cities like San Francisco, Berkeley, and Oakland have passed resolutions proclaiming support for social and economic rights.  These statements have not led to sufficient policy changes, but they are an important step in accepting that housing is human right.

“I am about to do a new thing; now it springs forth; do you not perceive it?
I will make a way in the wilderness and rivers in the desert.” (Isaiah 43:19)

If tragic events have a redemptive quality, it is that they can be used as catalysts for change.  Occasionally, when enough people are willing to honestly take stock of racial and economic injustices, the change results in an affirmation of human dignity and an expansion of human rights.

After the Great Depression, when destitution and homelessness were endemic, the U.S. passed the 1937 Housing Act and provided a desperately needed foundation for housing rights. This pandemic, too, can spur reform.  Its health impact and economic stress tore the veil off of many institutions and exposed the deep, long existing cracks in their foundations.  Though the cracks are not new, the growing political will to fix them is.

Dorothy Day, co-founder of the Catholic Worker Movement and tireless advocate for those on the margins of society, once remarked, “The greatest challenge of the day is: how to bring about a revolution of the heart, a revolution which has to start with each one of us.”  The solidarity in the streets and outpouring of support for the Black Lives Matter movement may signal this revolution is underway.  Hopefully, this expanded empathy and revolutionary spirit can be used to construct something new, to make a way in the wilderness and rivers in the desert for those longing for a place to call home.

Below are ways you can take action to help guarantee the right to housing: