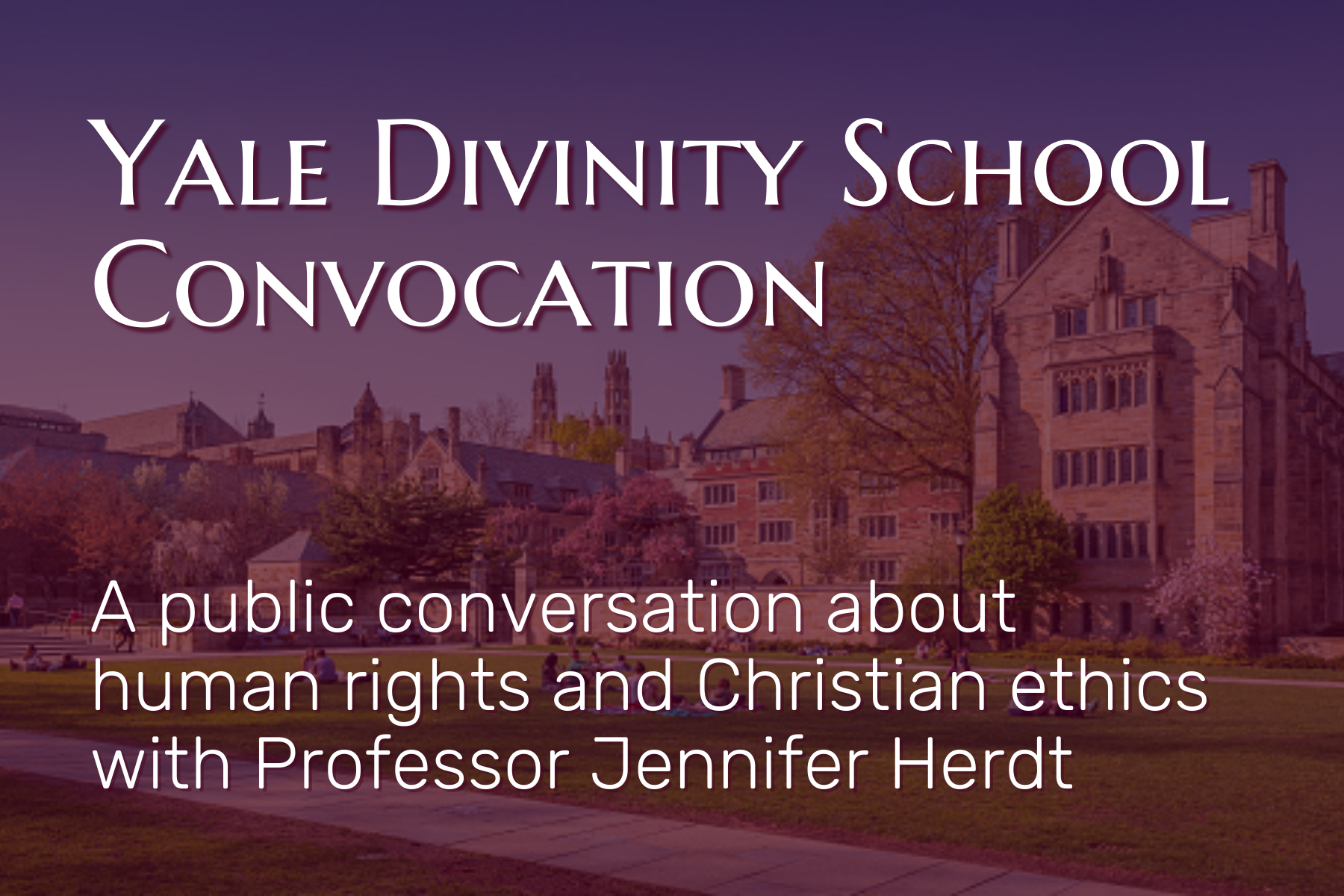 Justice Revival’s Allyson McKinney Timm will be returning to her alma mater, Yale Divinity School, this October for Convocation. Professor Jennifer Herdt and Allyson will be holding a public conversation at the intersection of human rights and Christian ethics on Friday, October 14th, 2:30-3:15 pm Eastern. Details about listening to the conversation virtually are forthcoming.

During her time as a teaching fellow at Yale Law School, Allyson co-taught an undergraduate course in human rights and supervised law students in the Allard K. Lowenstein Human Rights Clinic. She later served as a guest speaker and consultant on issues at the intersection of human rights and religion. While at Yale Divinity School, whe co-led the YDS Women’s Center and organized a symposium on campus sexual assault. Allyson looks forward to returning and exploring the interconnections of human rights and Christian ethics with her former professor, Jennifer Herdt.

Jennifer A. Herdt is Gilbert L. Stark Professor of Christian Ethics at Yale University’s Divinity School.  Her most recent book, Forming Humanity: Redeeming the German Bildung Tradition, was supported by a research fellowship from the Alexander von Humboldt Foundation.  She is also the author of Putting on Virtue: The Legacy of the Splendid Vices (selected as a Choice Outstanding Academic Title), and of Religion and Faction in Hume’s Moral Philosophy, and has published widely on virtue ethics, early modern and modern moral thought, and political theology. She serves on the editorial boards of the Journal of Christian Ethics, Studies in Christian Ethics, and the Journal of Religion, and is serving as the 2020 President of the Society of Christian Ethics. She is currently revising for publication her 2013 Warfield Lectures and 2016 Jellema Lectures on eudaimonism, egoism, and obligation.  She is a senior member of a research team that has received a $3.9M, 3-year collaborative grant from the Templeton Foundation in 2020 to pursue projects in science-informed theological anthropology.