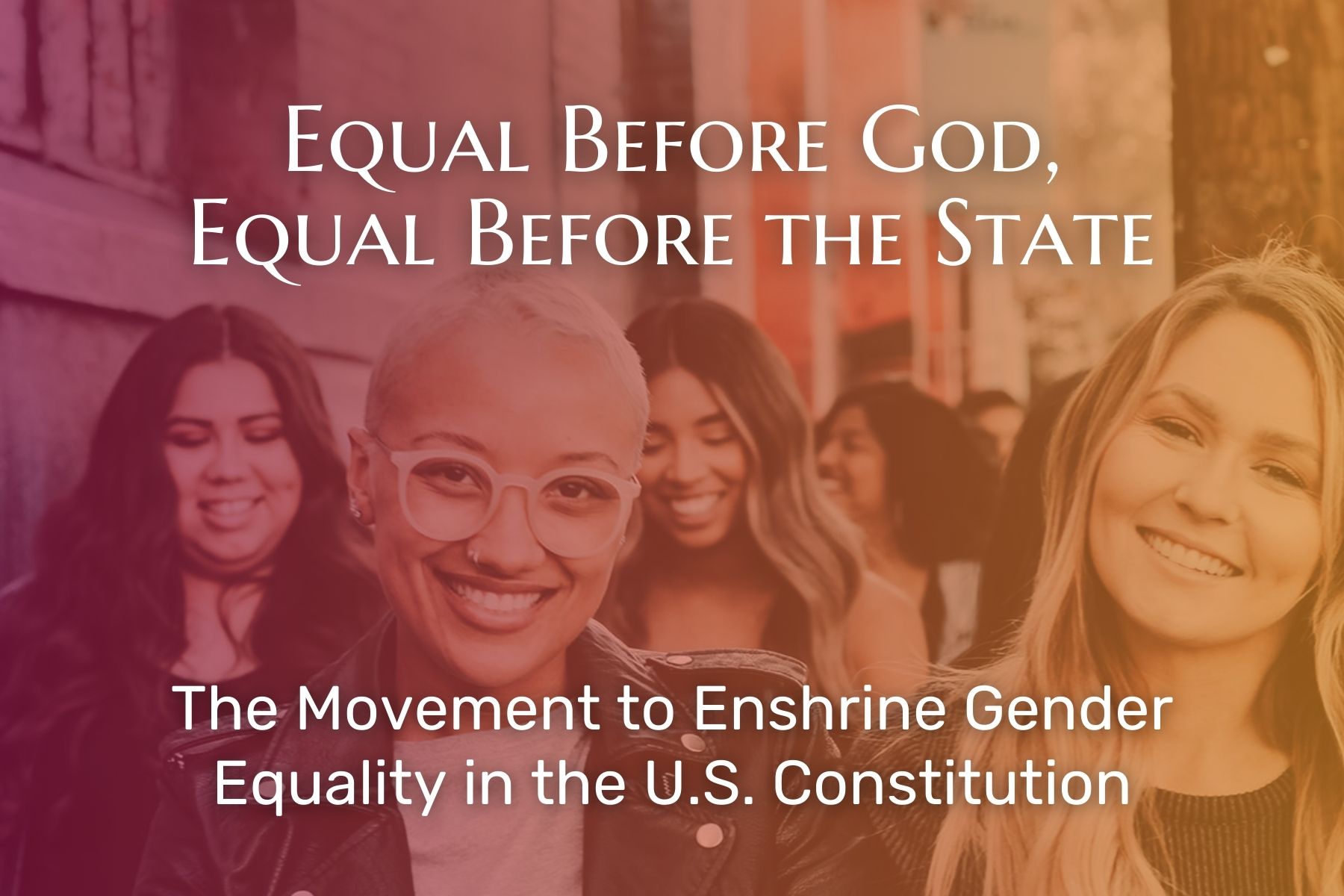 Equal Before God, Equal Before the State The Movement to Enshrine Gender Equality in the U.S. Constitution

Equal Before God, Equal Before the State The Movement to Enshrine Gender Equality in the U.S. Constitution

“All people are equally valuable in the sight of their Creator, and thus deserve equal regard in human laws and legal systems.”

This theological truth has inspired a growing movement of faith leaders calling for women to be included as citizens of equal stature under the U.S. Constitution. Concerns about widespread domestic and sexual violence, ongoing pregnancy and pay discrimination, high rates of maternal mortality, and other forms of gender-based injustice move these advocates to seek needed protection for women’s rights.

The Equal Rights Amendment is a basic reform that affirms simply, “Equality of rights under the law shall not be denied or abridged… on account of sex.” First introduced over 100 years ago, it corrects for the intentional, historic exclusion of women from the founding legal charter of the U.S. Passed by two-thirds of Congress and ratified by three-fourths of states, it should be the law of the land—but political opposition, based largely on religious resistance to gender equality, is keeping it from being recognized.

Join this workshop to learn more about the ERA and its potential for advancing justice and equality among women and men. Find out how the #Faith4ERA campaign is advocating for the ERA to be published as the 28th Amendment to the U.S. Constitution—and how faith leaders and communities can be a part of this historic justice movement.

This workshop will be in-person during the CBE International (Christians for Biblical Equality) Conference in Atlanta, Georgia.